Cinema has given us some of the best photography, including some of the most beloved images of animals. Below are several photographs of animals from film: some iconic, some unfamiliar, some breathtaking, some of perfect simplicity. Which is your favorite?

*Please feel free to suggest images. When doing so, please provide the link. Thank you!

So many beautiful animals to choose from but being a horse lover, I'd suggest including Hidalgo

Thank you. This is a great one. I'll see if I can find one with no text but, if not, a little text is ok. I'll check out the film's photo gallery, too. :)

Added one or two from 'Hidalgo.' Thanks for the great suggestion.

I love that one, too. That film, Kedi, is so good, like nothing else out there, and chalk-full of amazing images, great insights from people about cats and the city in which they live together, and powerful, as well as hilarious, footage of cats doing their thing.

Thanks, Act-1, I'll certainly look through them soon.

Hi Ruby, you probably want to choose between some of these images

Thank you, so much, Joe. I added then removed the birds because in a small poll-size box, it looked like just a blur and not a particularly artistic blur, lol. I added the others, though (that tiger: wow, how beautiful) and the photo gallery of 'Life of Pi' was like a treasure trove. 'Much gratitude.

I thought the same about birds, unfortunately the image looks pretty bad but it would have been very interesting in this poll

Oh my gosh, these are so good. Thank you, Narnia. The photo of the wolf from 'Alpha' is a great photograph and that's what I wanted for this poll: great pictures of animals that were also exquisite photography. That one capured both.Oh, and the tiger from 'Two Brothers' Is so beautiful that it's heartbreaking; that tiger's expression exhibits so much awareness, depth, and emotion. I've rarely seen that much expression from any creature, including human beings. It's not what you expect from a big cat, especially when there cubs aren't around. It took my breath away.

And that smaller bear is just adorable. :)

I'm excluding animation, though, so I didn't include the sabertooth. The others were all added, though, and among my favorites. What a world and how empty and blank it would feel without non-human animals. These images of yours drive that home, wow.

You're welcome, ruby.
I'm not Narnia, but I do like animals, too.

Oh my gosh, Breu, I knew that was you. I think I had just left Narnia a post on another thread and the name was in my brain. Please forgive me.

Btw, did you know that elephants have culture? 'Fascinating, no? As far as biologists and zoologists know, the elephant is the only land mammal, outside of the great apes, including humans, of course, that have culture. I'm not sure what is known about birds or sea mammals. And elephants are matriarchal, which rocks, lol. Ideally, I'm a fan of fraternity/sorority over patriarchy or matriarchy but I'll take what I can get. :)

Hachi (My favorite, the story was pretty emotional though)

Oh, the cat in 'Captain Marvel' is adorable but the photograph isn't anything special so since I already have over 35, I'm not going to include that one, which is hard because I adore cats and think they are endlessly fascinating and, in many ways, superior to us (and not just physically superior). I could go on and on about them and often do, lol.

The second photo from 'Hachi' is also really compelling: the dog is beautiful and adorable and his expression shows the depth of emotion and intelligence that dogs, especially bigger dogs, possess. I'm going to add it for those reasons but it may get cut just because I unfortunately am going to have to cut some to get down to 35. You know how it is. Ugh.

Thanks, ACT 1. I can't include Godzilla because it's not a real animal and think I'll leave dinosaurs out because I decided at the beginning I'd only include actual photography of actual animals: no CGI or animation or such things. That also gives me pause about Jaws because it was a mechanical replica of a shark.

Thank you, though, and I hope you understand the parameters, which I now really have to adhere to because I have a lot more than 35 on the list at this point. 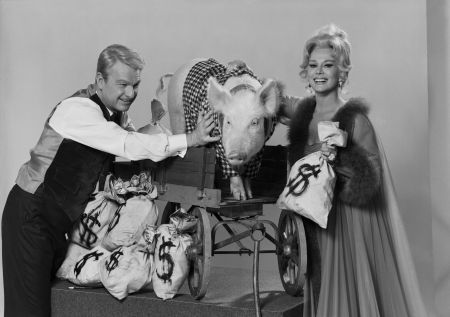 I should have listed the paremeters in the original post. I'll post them, soon, though, although basically just 1) from movies and 2) no CGI or animation.

Perhaps this one from the end of Dances With Wolves: