Live Poll: In a Zombie Apocalypse ...

... which weapon would you choose? Remember, you don't have infinite bullets.

Flame thrower, grenade, nuclear bomb, Light Sabre, and a sword. Anything to destroy the zombie body quickly and easily. Remember, a zombie is already dead. So bullets to the body is not going to stop it. You need to destroy body parts. It can’t eat or bite you if it doesn’t got a head or mouth. Can’t walk if it got no legs. Can’t claw you if it got no arms.
BTW, flesh eating self thinking zombies not what real, or at least the original real zombies were. The original zombie, which usually was somebody in a drugged trancelike state, was supposed to a mindless animated dead body and a slave to it’s master. No cannidbolism.

I had meant “No cannibalism”. I don’t know who started the flesh eating bit but the earily films showed zombies walking around not eating anyone. I suspect “Night Of The Living Dead“ started that bit.

Zombies first came from haitian creole voodoo. And it's some kind of punishment in old justice of west africa to hold someone in twilight by always giving him atropin further and further. There are some interesting descriptions of what is the meaning of "Zombie" about. Some took it over from somnambulism. (Sleepwalkers) - not the movie! You can read interesting things about it at Wikipedia.

In 'Das Cabinet des Dr. Caligari' (1920) somnambulsim was mystified at movies the first time - I think so. And 'White Zombie' (1932 Bela Lugosi) was another time, this subject was treated for audiences. 1968 George A. Romero re-opened the zombie-genre with 'Night of the Living Dead'.

Just where I thought. I can give you a few now zombie horror titles because I got a book on horror movies that ends around the time Willard came out in the 70’s .

I added Flamethrower and Lightsaber, Grenade would be great only as side weapon, and if I had nuclear bomb Donald Trump would be hunting my ass :p

“and if I had nuclear bomb Donald Trump would be hunting my ass :p”
And Putin too. I could go way political here and menton how the state department under Hillary Clinton and various other departments under the Obama administration that also had a seat on the the Committee on Foreign Investment in the United States (CFIUS) that sent 20% of the USA’s uranium deposits control to Russia ( Russia still can’t export it out of the country because they don’t have a license to do that ... yet). And Clinton’s comments on the matter were laughable at best or smacked of gross negligence.
“Clinton told a New Hampshire TV station in June 2015 that "I was not personally involved because that wasn’t something the secretary of state did." And Jose Fernandez, who served as assistant secretary of state for economic, energy and business affairs under Clinton and represented the department on the panel, told the Times that Clinton "never intervened with me on any CFIUS matter."”
http://www.politifact.com/truth-o-met...
But I will stop there because this not the place to talk politics.

A couple sticks dynamite and TNT would work too.

Yeah, but it's not a good choice in a long run.

A lawnmower, a thick skinned full body latext suit with an abc-gas-mask and climbing boots with spikes. ;) ... or maybe a portable microwave gun to make them explode.(just kidding - there's no harm in a joke) ... no ...

what about shuriken or throwing knifes? A pole. Stones. A Lightsaber would be a good choice, as dgranger suggested. A nailgun, driven by an accumulator. A war scythe. Railgun with a hand-dynamo to recharge the accumulator after use and some packs of 13mm nuts. A slingshot.

:p, I added Lightsaber, but I don't know where can I find pictures of others. If you could help, it would be great.

Maybe you prefer one of them.

Ok. So - Airwolf !
Sling shots are underestimated. You can pick up anything small enough and use it. Little stones, nuts, screws, etc. The news about last G8 showed how german police officers were cowardly attacked by some people hiding under the demonstrants, shooting at them with slingshots. The projectiles penetrated the skin of the officers, they had to be medically treated to put the things out. Zombies have soft mudheads because of decay. So a slingshot could be a silent and effective weapon for zombies. ;)

Airwolf? Hmmm that didn’t come to mind. I was thinking more “xXx”, the beginning of the movie version of “The Running Man”* and https://www.imdb.com/title/tt0085255/... Blue Thunder (1983).
*The movie version is nowhere near the book version. In the movie, you win if you can survive the night in the game zone while being hunted. In the book, there is no game zone. The whole country is the game zone and you win if you can survive thirty -two days. The cameras only fallow the hunters and not the runners. The only catch is that the runners have to film themselves twice a day and send the footage back to the tv network through the post office. Of course the hunters cheat by having someone intercept the film packages at the post office in order to see where the postmark is from and watch the tape for any clues before they seal it back up and send the package through to the station.

It's always easier with guns, or machine guns, or a helicopter killing all. But mostly I added guns that doesn't run out of bullets, that's why I added on description "Remember, you don't have infinite bullets."

I added Bazooka instead of lars rocket, but it wouldn't be good choice in long run.

Bazooka is international. Everyone knows that epitome 'Bazooka' ! :D

The helicopter in '28 Weeks Later' was good, too. I liked that scene much. ;) 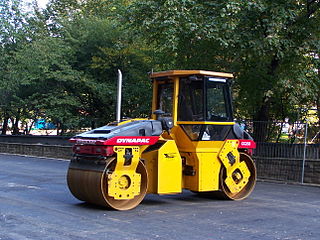 Rolling pin would be okay, but it's hard to find a picture. If you could find any, I'll add it. While guitar would smash in one hit.

Here are two pictures of rolling pins. However, I doubt either would be very effective.
https://www.imdb.com/title/tt1877368/mediaviewer/rm1159930880

I don't know if someone would choose it. There is a Baseball bat which is easier to hold, longer, and cooler. If it would be your choice Nikolay Yeriomin, I could add it to the list.

I definitely think a baseball bat is the mose effective along the whole way.
Rolling pins seem like a fun-option.  :D  Why not? Everything that saves your life!

Zomburbia (2017) seems like a very great short which takes a genre to a style and rolls with it. Will need to see that.

As for the rolling pin, in my feature film (I just can't stop plugging it, what's come over me?..) that is basically what will happen, among other things, so, considering I have written that into a movie, it might have been my choice in real life. In the movie the props used are a small tapered "rod" rolling pin. This ones might not have the greatest grip, but some people might find it easier to hold and swing then a bat and it is usually just as dense.

I have. It is funny. It mocks another movie too. But I’m not giving away the spoiler.

I added Flamethrower, but I don't know what's Mickey.

Mickey is driving steam roller. A steam roller is also called a road roller. It is used to flatten asphalt on roadways.

Good. ACT_1 also suggested, didn't know where can I find a photo.

Does anybody remember a little movie called Avatar?

I’ll take one of these which I’m sure will do some damage on it’s own while I ride on top with another weapon. https://www.imdb.com/title/tt0499549/...


But if you are worried about bullets, I believe these didn’t use bullets:

But vipers, gunships, helicopters, battle mechs and steamrollers all have one big drawback. They all need some sort of fuel or power source to keep running. Do we have unlimited fuel?

That's about Zombiecalypse in Saudi-Arabia. ;D

Kill them with kindness: Unlimited ammo :)