Live Poll: IMDb Poll Board Movies That Awoke Your Passion For Cinema

Hi Joe! :DI'd pick 'The Jungle Book' (1967)https://www.imdb.com/title/tt0061852I guess everyone of my age knows the song "Bare Necessities"It had a great impact in my homeland. Most people love it.

Line for use:"It was a re-release in our home city.  It was my first time visiting a cinema ever at the age of 4 or 5. I don't know the exact age proper anymore. The movie was for an audience 6+ years of age. So my father had to smuggle me into the cinema. But I still know he told me to not tell anyone I'm younger. So I shouted at the box office (in German words): I'M 6 YEARS OLD, OK? The grown ups had a good laugh and the lady on the box office agreed. The movie enlighted my heart for cinema"

*bump*
please add some line about the experience you had with this movie, thanks

Up above I left a note but it may be hard to find. Anyway, I decided on 'My Dinner with Andre.' Again, 'great idea. :)

Hi Joe,The poll really looks great. I like how you included people's comments, too, which I was not expecting. May I suggest just one small edit to one sentence in the intro? (in bold below)Do any of these movies awaken your passion for cinema?(Thanks and, again, bravo for a well done poll.)

It's fixed, thanks :D

I voted for Taxi Driver, but that would be my second choice. I attribute my love of cinema to Bonnie and Clyde which I saw during it's original release when I was nine years old.

The IMDB Poll Board Members have chosen...

I'm guessing I can't suggest any film then?

Of course you can - this is the poll board and you are a member. :)

Oh, okay, thank you. I thought they were the people who approve polls. Lol.

If you have an account in this forum you are free to suggest. :D

Well, I'm a movie fanatic and Cinematography, especially movies with extreme style, got me into cinema. 70% of my body is made of movies. It'd be a pain for me to mention one and not the other.But since cinematography is what got me into making films, I'd say Birdman (2014). Birdman or (The Unexpected Virtue of Ignorance) made me realize that I should start making films. Thanks to Alejandro G. Iñárritu (the director) and Emmanuel Lubezki (the cinematographer).I want to mention these movies since they also helped me understand the art of motion capture.Alejandro González Iñárritu Movies: The Illusion CreatorBirdman and The Revenant.(The reason I called him an illusion creator because he creates movies with long/no-cut scenes, which they're not. It looks like they were shot in a single cut to the viewers but it's not. I don't know if other people feel this, but to me, single-shot scenes are the best, it makes the movie intense. Special thanks to Chico for capturing them in Birdman and The Revenant.)Zack Snyder Movies: Modern Movies with Supreme Style300, Batman v Superman: Dawn of Justice, and Watchmen.Stanley Kubrick Movies: The Masterpiece CreatorThe Shining, A Clockwork Orange, and Full Metal Jacket.Quentin Tarantino Movies: The All in One but for EveryoneDjango Unchained, Kill Bill, and The Hateful EightAnd, one more director, he's not a film director, but he's the best in his field. Hideo Kojima. That's right; he's the best video game director ever. The latest God of War also surprised me by their single-shot direction. Hats off to Cory Barlog.But yeah, it was Birdman that made me realize the power and art of films. 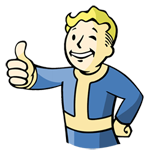 I don't think the readers/voters would understand this since it starts with a "but" and I hardly believe they gonna come here to read the whole comment I posted above, therefore, I suggest you to edit it to this;

Birdman made me realize the power and art of films. It has the best cinematography, a very realistic-performance cast and a beautiful but painful story which a lot of don't understand. Not to mention, films that majority of people don't understand or hate becomes a masterpiece for someone. It was this film that got me into making films. Thanks to Alejandro G. Iñárritu (the director) and Emmanuel Lubezki (the cinematographer). - BONAFIDE BOSS' pick.

Joe, As Ruby suggested, please correct: Do any of these movies awaken your passion for cinema?Here is my comment:I was 10 years old when I watched this film for the first time, and it made a deep impression on me. I was enchanted by the beautifully told story and the wondrous world of Tolkien. I just loved everything about this movie and still do.

This is a tough one cause I've always loved cinema. I believe the first time I really enjoyed a movie as a child was seeing Monsters, Inc, at the cinema and subsequent times on VHS. Although in terms of a movie that made me appreciate the art of the form of cinema and not simply having a well written story was Stanley Kubrick's The Shining.

Thanks, added, try to cut your line feel free to change it if you want.

That good, thanks :D