Which franchise that is supposed to be ending in 2019 do you believe will return?

Awesome!  I'd also add Terminator to the list (unless it's common knowledge that there will another, I just don't know it).  Will think about my vote!

NarniaisAwesome as usual, other Terminator movies are planned but have a 50% (or more) chance of being scrapped with no remorse after the release. :)

Then again, that franchise is known for coining the catchphrase "I'll be back", so it's kind of inevitable. :)

This there Terminator title sounds like a typical Chinese knock-off mashup akin to this: 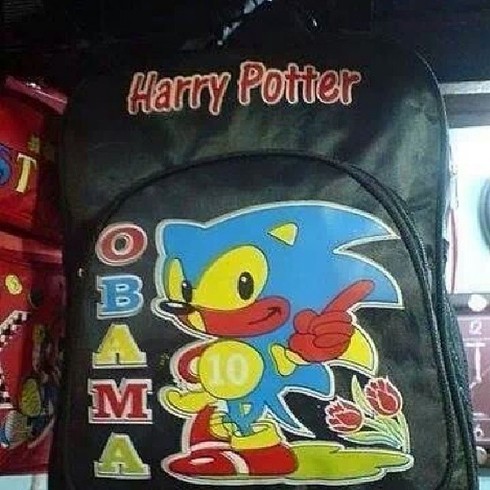 John Wick 4 is officially happening, so thrid one should probably be removed. :)

I don't think the Disney will let Avengers escape!

I agree. Just as NarniaisAwesome wrote in one of my suggestions: ''I'll be taking my grandkids to see Avengers: Clash of the Heroes'' . That's a fact for sure.

Thanks, PK!
I will also be taking my grandkids to see ﻿Star Wars: Episode X: Fate of the Galaxy.  ﻿;)

I will be taking my grandkids to see X-Men: Mutants vs. Aliens The Final Battle

And don't forget ﻿Twilight: Waxing Crescent.  ﻿Trust me. They'll bring it back.

Actually I repeal my statement about X-Men: Mutants vs. Aliens The Final Battle. After Dark Phoenix I don't think I'll be going to see another X-Men movie in theatres.

Yeah, I was being silly, too - I don't doubt that they will make those films, but I refuse to pay to see them in theaters.

I believe, rather I really hope that the Unbreakable franchise will return, but the possibilities are nil. The safest thing is that we keep having Avengers for a while

The first two options don't really make sense as we already know that there will be movies coming out. The Avengers franchise has movies in production (some are even in the filming stage ... beyond the preproduction limbo where movies may or may not eventually reach given the related studio's financial or other position and Disney is far from financial difficulties and no where near canceling any of these megabox office record breakers).

Despite the overall success of "The Avengers" film series, Disney has not announced plans for a fifth Avengers film.

Following "Star Wars:The Rise of Skywalker" (2019), the "Star Wars" film series is expected to enter a hiatus for a few years. David Benioff and D. B. Weiss have been hired to write a new trilogy, but at this point Disney has no script and no concrete plans on what to do with the series.

David Benioff and D.B. Weiss’ “Star Wars” movie has been confirmed by Walt Disney Company chairman Bob Iger as the franchise’s next entry following the theatrical release of “Star Wars: The Rise of Skywalker” later this year. Lucasfilm announced in February 2018 that the “Game of Thrones” creator were hired to write and produce a new series of “Star Wars” movies. The studio said Weiss and Benioff’s films would be separate from the classic Skywalker Saga and Rian Johnson’s new trilogy. Iger made the new announcement at the MoffetNathanson Media & Communications summit (as reported by io9).