Each February in the USA, we recognize black achievements during Black History Month.

# You're Not You (2014) R | 102 min | Drama 7.4 56 Metascore
A drama centered on a classical pianist who has been diagnosed with ALS and the brash college student who becomes her caregiver.

# Love & Basketball (2000) PG-13 | 124 min | Romance, Sport 7.2 70 Metascore
Monica and Quincy love and play basketball together through many life challenges from childhood to adulthood.

# Rise of the Guardians (2012) PG | 97 min | Animation Family 7.3 57 Metascore
When the evil spirit Pitch launches an assault on Earth, the Immortal Guardians team up to protect the innocence of children all around the world.

# The Equalizer (2014) R | 132 min | Action, Crime, Thriller 7.2 57 Metascore
A man believes he has put his mysterious past behind him and has dedicated himself to beginning a new, quiet life. But when he meets a young girl under the control of ultra-violent Russian gangsters, he can't stand idly by - he has to help her.

# Dope (2015) R | 103 min | Comedy, Crime, Drama 7.2 72 Metascore
Life changes for Malcolm, a geek who's surviving life in a tough neighborhood, after a chance invitation to an underground party leads him and his friends into a Los Angeles adventure.

# Eddie Murphy: Raw (1987) R | 93 min | Documentary, Comedy 7.6 54 Metascore
Eddie Murphy in a stand-up performance recorded live. For an hour and a half he talks about his favourite subjects: sex and women.

# Lee Daniels' The Butler (I) (2013) PG-13 132 min Biography 7.2 66 MetascoreAs Cecil Gaines serves eight presidents during his tenure as a butler at the White House, the civil rights movement, Vietnam, and other major events affect this man's life, family, and American society.

Why are you not including the films you have listed above?

Because, they are not as strong as the options that made the list. Plus, see other thread discussion for a more detailed answer. Ideal options were the total package with lots of votes, critical acclaim, high IMDb ratings and high MetaScores with one or two misses being enough to sink most options.

Thanks, Excellent suggestion, great MetaCritic Score @ 91 and a 7.7 IMDb rating.

I saved about a half-dozen spots for lower voted titles like this. A perfect fit;
Camp de Thiaroye (1988) looks like it is just as well regarded. 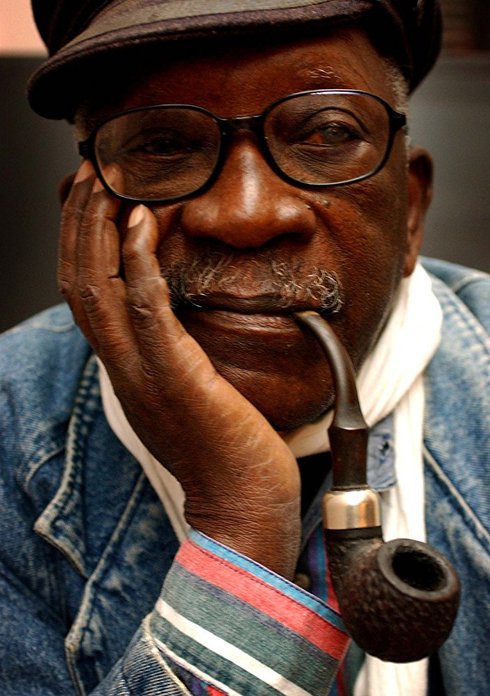 The first film director from an African country to achieve international recognition, Ousmane Sembene remains the major figure in the rise of an independent post-colonial African cinema.

Thanks, for all the recommendations. I reviewed each one.

All fit the profile and are worthy additions. A very challenging poll to do, as there are too many quality options to fit them all. I wanted to get a good mix with different directors, different decades, different genres, different countries, seminal films and blockbusters, documentaries and features, widely seen and lesser seen (10+ titles 25,000 votes or less), white stars and black stars, etc. I also needed to leave spots for upcoming titles too. Black Panther (2018) A Wrinkle in Time (2018) and others.

I added Timbuktu (2014), Moolaadé (2004) and Killer of Sheep (1978) because of their 90 plus Metacritic scores. Movies like Cooley High, Men of Honor, La Noire de (aka Black Girl), Rosewood Hollywood Shuffle all made the working list and got moved to the honorable mention section (Top 100). As for the others, the reality is the threshold ended up being much higher. Mostly either a 7.5 IMDb rating or 85 Metascore with a few exceptions was required.

Given the amount of recognition he’s received from film critics and the number of awards he’s received over the course of his career, it’s not surprising that Charles Burnett was selected to receive an honorary Academy Award — unless you’re Charles Burnett, that is, in which case you’re still struggling to process the news.

Although he was born in Vicksburg, Miss., Burnett was only a few years old when his family moved to Watts, the Los Angeles neighborhood that would ultimately serve as the setting for his debut feature film, “Killer of Sheep.” Originally submitted as Burnett’s Master of Fine Arts thesis at UCLA in 1977, “Killer of Sheep” was selected for preservation in the U.S. National Film Registry by the Library of Congress in 1990.

'Good poll. I usually do a poll for Black History Month and hopefully still will but I'm glad you did this one. 'Well done.

(I saw that you have 'Talk to Me' above; I'd include 35 movies so people know about as many films with black directors and casts as possible)

I added Menace. I wanted to add Talk, but chose Eve's Bayou from the same director Kasi Lemmons. It was a toss-up and you got me questioning my decision. I was torn over Dee Rees' Pariah, but opted for her Mudbound instead and maybe a future more widely seen Rees film. A lot titles I was limited to one per director, in order to get some more critically acclaimed and equally less seen titles without filling the poll with movies no one has ever seen. I think the last five spots should be held for that reason to help balance the list. A title like 'A Wrinkle in Time' is going to be widely seen, pull a different type of audience and expand the breadth of the poll. I think I got a good mix geared to different genres, different audiences, different parts of the world, different directors, etc., while still honoring the celebrated intent of the poll. There were a few titles that may seem borderline, but I had my reasons to justify their inclusion over other honorable mentions.

My vote: Do the Right Thing

Thanks, I appreciate the feedback.

I wanted to be fair and well represent as many black directors as I could, as well as, some lesser known titles. If the movie had less than 25,000 votes, with a few exceptions the threshold was more like a 85+ Metascore or 7.6+ IMDb rating. Even having those credentials wasn't a guarantee and I left off many worthy titles. I wanted to leave some room, as there seems to be a number of great black-directed movies coming out in the near future. Titles like  A Wrinkle in Time (2018), Black Panther (2018), Widows (2018), Wrong Answer or even possibly Spike Lee's Black Klansman (2018) (if it exceeds the level of his existing four entries) seem like possibilities.

In Decreasing Order of Votes http://mypollwatch.blogspot.com/2015/03/imdb-polls-descending-order-of-votes-by.html#urbanemovies

How to Improve the Chance of Having your Poll on the Home Page https://getsatisfaction.com/imdb/topics/faq-how-to-improve-the-chance-of-having-your-poll-on-the-hom...