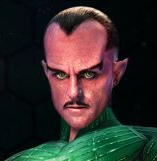 Dead Poets Society: Should Mr. Keating Have Been Fired?

I'm certain that Keating's insubordination wouldn't be tolerated anywhere. However, I have seen worse behavior getting unpunished.

So would you support an "Establishment" that basically stifled young minds, over a teacher who encouraged freedom of thought and expression?

You have often expressed your distaste for organised religion.

What if it were a Catholic / Islamic / Orthodox Jewish / whatever school? Would your opinion change?

Do you admit the possibility that non-religious "Establishments" can be just as stifling and dogmatic as religious ones?

I don't think Keaton showed any kinds of insubordination.

So would you support an "Establishment" that basically stifled young minds, over a teacher who encouraged freedom of thought and expression?

You assume that Welton is an establishment that basically stifled young minds, I don't agree. At least, the movie didn't give me any reason to think that the school is abusive to his students. Plus, the movie is subjective on that matter, it only shows the school from the view of the students never from the parents' or the school's perspective.In other words, no, and I don't think that anyone would "support and establishment that basically stifled young minds over a teacher who encouraged freedom of thought and expression", but Welton is not that type of "establishment"

What if it were a Catholic / Islamic / Orthodox Jewish / whatever school? Would your opinion change?

I don't know,  it would probably depend on how axed on religion the school. However, I wouldn't send my children (if I had children) to any kind of religious school. Public schools and secular private schools are perfectly fine.

Do you admit the possibility that non-religious "Establishments" can be just as stifling and dogmatic as religious ones?

Not really, there could be exceptions, but the concept of any secular school is to avoid dogmatism and religious ideology.

It is not what I was trying to say. From my viewpoint, religion is necessarily dogmatism, but dogmatism is not necessarily religious.

Thank you for clarifying that.

How is this a Services: Data Issues & Policy Discussions? This thread has nothing to do with IMDb data issues and the site's (internal or otherwise) policies. Do you plan on making a poll from this topic?

How is this a Services: Data Issues & Policy Discussions?

Oops.. sticky fingers.. you know how these touchpads can be..

Do you plan on making a poll from this topic?

Yes yes of course.. waiting for the image uploads to be approved.

Thanks so much for your concern.

Description:How do you feel about Professor Keating's firing in the classic 1989 film "Dead Poets Society"?After voting, you may discuss this poll here.List: https://www.imdb.com/list/ls087248547/

As an instructor (of English, including poetry, actually), I think the world would be a better, smarter, kinder place if there were more teachers like Mr.Keating. : )

Never been a fan of the film and I just found an even better text echoing my sentiments than Ebert's review, an awesome piece of eloquence explaining why Keating wasnt good teacher despite the film's effort to deify him:

I hated this painfully boring and earnest movie and Robin William's Mr. Keating schmaltzy hippie-dippie caricature was one of the main reasons. That alone made me glad to see him fired (out of spite). Then again, I was also rooting for an extinction-level asteroid to squash the school at least a third of the way through the movie. Or an Akira level event.

I have a friend who thinks the Jedi were seditious hippies and Vader was good.

So vive le difference as I always say :)

Does this friend also cheer for Mr. Potter instead of George Bailey?

Mr Potter wasn't an evil man...just a man whose "all business" perceptions limited his capability for empathy. The world is full of Potters

The technical term for "limited capacity for empathy" is sociopath.

Around 4% ﻿of the population are believed to be sociopaths.

Contrary to what we see in the movies, the majority of them are not Hannibal Lecter or Freddy Krueger.

In fact, according to studies, they are most represented among CEOs, Lawyers, Politicians, Cops, Military, Journalists & Big Media, and Religious Clerics.

I rooted for George - only because he [censored] Donna Reed silly.

One of the greatest movies Roger Ebert never liked. Of course he shouldn't be fired. As ruby said the world would be a better place if more people were like him. RIP Robin Williams.

His most disliked movie in terms of (IMDb Rating vs. Roger Ebert) is The Usual Suspect.His review: https://www.rogerebert.com/reviews/the-usual-suspects-1995

But did you read the link I sent Paok? Some arguments are spot-on and criticize Keating on professional and objective terms... that he was inspiring, charismatic and entertaining everyone agrees on but did he make his students love poetry more than they loved him? Did he give the right advice to Neil? Did he construct something in his students minds before deconstructing?

The world would be a happier place with people like Keating but sometimes that doesn't mean better... Keating was so deified by the film that it felt that whatever went wrong at the end was somebody else's fault... the school, Neil, his father, Cameron etc... nothing ever came to make Keating question his pedagogy while teaching is all about constant self-questioning (and I am a teacher)

I am not asking for arguments Paok but please tell me what you thought about the link I sent, surely it can't be all rubbish... the author must have some points. Interestingly the point where I most agreed with him had nothing to do with Keating but the awful shooting of the suicide scene...

Paok-Kilkis, 15yearsIMDber aka ElMo, although I have certain respect for both Siskel and Ebert, both have rather... Shall I say selective attention span? It's really hard for me to shake off the fact that Siskel was somehow so unattentive to The Terminator (1984), that he thought that future scenes take place on another planet. I kid you not.

Is there nobody (staffer or Champion) that can move this thread to a place it actually belongs?

Move it? All they have to do is remove the Policy and Discussions forum tag. This should have been done about 5 days ago when it was first brought up.

Description:How do you feel about Professor Keating's firing in the classic 1989 film "Dead Poets Society"?After voting, you may discuss this poll here.List: https://www.imdb.com/list/ls087248547/

Yeah, I thought I saw a list. Thank you!

And Lex, when I posted that, I thought you were a newbie so that's why the links, lol.

This changing names schtick of mine is probably getting old.

Lex, Maybe you can include your previous incarnation (for a while at least) when you change your name, so we recognize you.Alexander (Oswald) etc.

I'll take it under advisement from my minions :)

Lex,Which set of minions currently are your advisors: Penguins, Otis and Eve Teschmacher, or the Suicide Squad?... or we can simply call you NVanKerr , if/when we push one of your polls.

Yes, NVanKerr is preferred, and it does not change.

Eve is presently my senior adviser.

Eve and Mercy said to put NYVKE after all my nicknames.