Eight months ago, I made a mistake. In an attempt to be informative about what I thought must be an oversight, I submitted an idea for the iOS App settings. I should have called it what it actually is; carelessness, an error or mistake. The list of TV Providers you offer is seriously lacking and unacceptable. You gave the iOS App a new look and feel, but unlike the Developers of the best Apps, apparently didn’t think to actually improve it’s functionality.

I’ve been patient, but I’d truly like this problem rectified.

My sincere thanks to anyone lending support and willing to upvote this issue. Thank you. 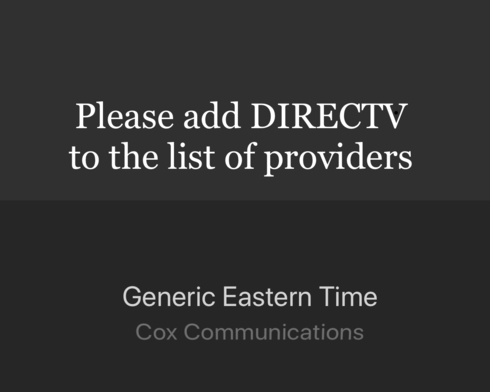