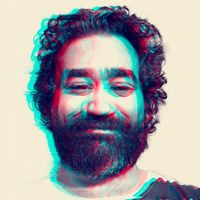 I was looking for a particular film I had forgotten the name of a few months ago when I first came across this issue. The film was "Free Guy". Ryan Reynolds was in it, and it was not listed in his films in the mobile app (at least it wasnt then, I think it was post production status but now its status is 'Completed').

I searched for ages and couldnt find it in his listings. I eventually thought Id try my computer and there it was. Since then, Ive noticed on other actors that some films would be missing, and sometimes completed films (made in 2008 etc) would appear as an a

upcoming film for that actor, so would be at the top of the list before you got to the chronological list of films.

Please rectify if you hadnt known of this issue (Im talking to imdb).

The Filmography section on the IMDb app displays titles which have been released.

If you are looking for titles which have not yet been released (e.g., status as announced, pre-production, completed) on the individual's name page, you will need to go to All Filmography > Profession (e.g., Actor) > Upcoming Projects

@Taylor Thanks for that, I should have checked if it had been resolved in an app update before I posted. There was a time before the tab to look at Upcoming Projects, so I couldnt find Free Guy under Ryan Reynolds' list of films, but the other way once I knew the name, the film had him correctly listed as an actor.

@Taylor Actually, I might have reported the incorrect entry. I mentioned in the OP that I found a couple of films that were made and released years before, but they appeared as post-production or some other state. Two of my iOS devices have Testflight installed, so theres a chance I sent screenshots to them.