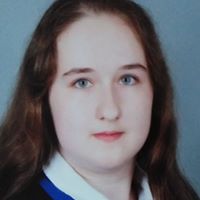 Looking for a movie

I saw a scene from a movie where in a super high-tech place there was a robot and a kid. The kid asked the robot to give him a map and the robot asks why he needs it. Then the kid says he won't tell him and then the robot says that he should because they are friends. Then the kid says they aren't and robot don't have feelings amyway. Then the robot leaves but the kid goes after it and separates the robot's body from it's head.
Does anyone know which movie this is from?