The cast listing for The Batman is a mess. It has a lot of credited actors listed as uncredited. It spent a bit of time and entered all of the correctly and in order to complete the cast. The "completed cast" correction was accepted (it shouldn't have been if you are going to reject all the cast changes!) but none of the actual corrections were accepted. All 34 were denied. This was in submission #220526-151238-765000.

Instead of pointing out all individual corrections, I'm just going to post the entire cast here and an employee can go in and verify that the submissions are correct. This is very frustrating that these things get denied, especially from someone that they presumably trust to change other casts. 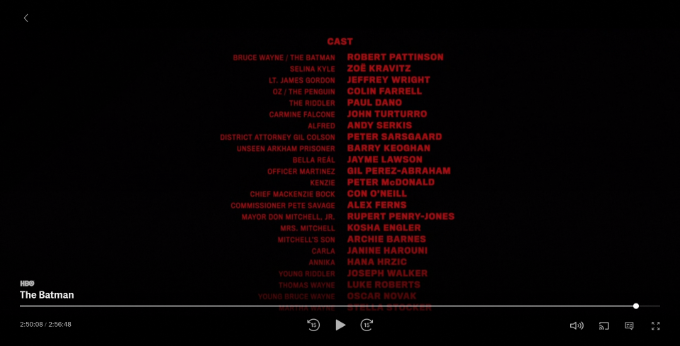 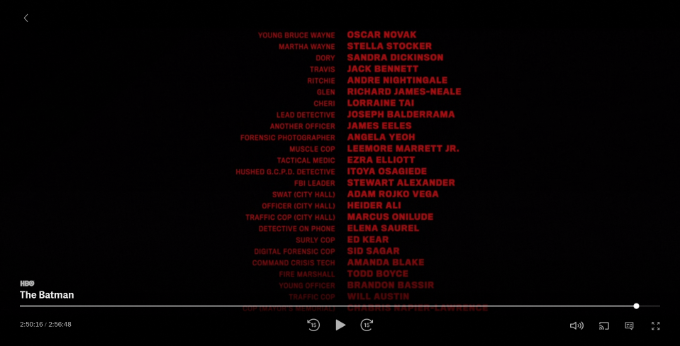 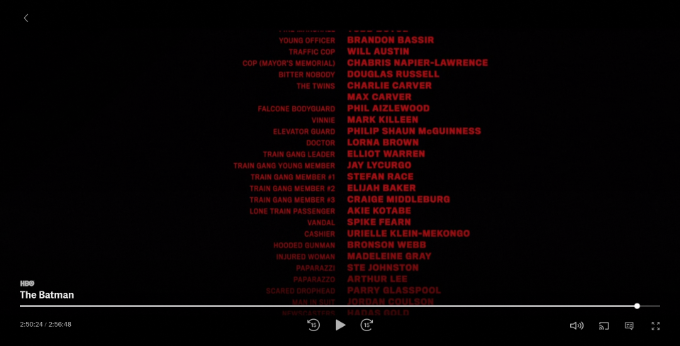 Thanks for your feedback and posting the on-screen credit screen grabs, these cast credit updates have now been approved and the changes should be live on the site shortly.