As mentioned here, it appears that the new title pages include the 'Stars' list at the beginning of the Top cast.

For example, Moonlight includes Naomie Harris and Trevante Rhodes in the first four names even though they are listed further down in the full cast list.

The 'Stars' feature is mentioned in the order guidelines, but has previously been a separate feature, not mixed with the main cast list.

1. The same thing occurs in the app (iPhone), but here there is a graphic distinction between Top billed cast and All cast. This kind of distinction could also be considered for the website. 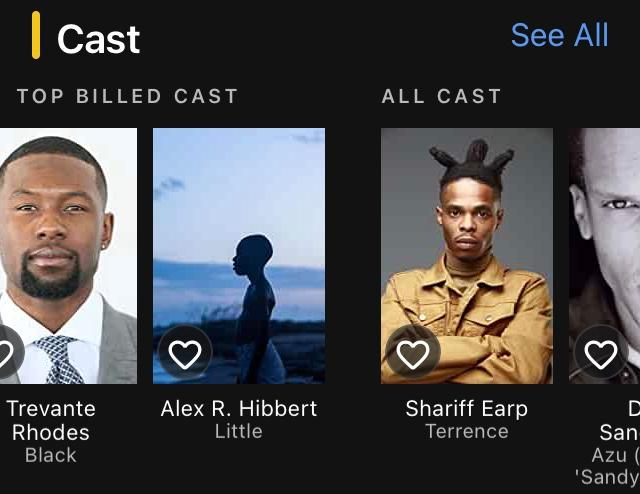 2. This change also means that existing descriptions of IMDb cast lists are not always accurate, namely this help item, which begins:

I agree new display on web creates confusion. Same confusion was spotted on this thread too.

And this page became inaccurate as well: https://help.imdb.com/article/contribution/filmography-credits/how-are-cast-credits-ordered-why-don-t-the-main-stars-appear-at-the-top-of-the-cast/G39K5N4YYV2QJ4GR

This is normal and will not be changed.

And same text from "Cast/Acting credits guidelines" also on this page: https://help.imdb.com/article/contribution/filmography-credits/credit-order/G8QZ9QSY5EVKAPNF

Thanks for reporting the issue and your observations.  I have filed a ticket alerting the appropriate technical team to investigate further.  As soon as I have an update I will post the  information here.