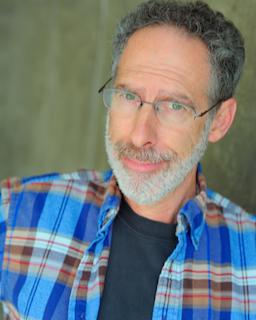 Hello! We are officers and members of the SAG-AFTRA National Puppeteers Committee. Currently, credits for puppeteers in IMDB are listed in the Additional Crew section of our respective Filmographies. The only time a puppeteer is listed as an Actor is when the puppeteer performs the voice of the character. We believe this is wrong.

SAG-AFTRA covers puppeteers as principal performers, just as it covers all actors, whether or not they perform the voice. The rules are the same for us as for any other on-camera union talent. All the same payment schedules, residual rights, and on-set and off-set working conditions that are provided to SAG-AFTRA principal actors apply to SAG-AFTRA puppeteers, too. (The same equivalency applies to non-union productions, too, for that matter.)

A puppeteer is an actor with an additional skill—the ability to send energy and the illusion of life into an inanimate figure. We give dramatic performances. We take dramatic direction from the director, just like other actors. We make puppets act, not just move.

A puppeteer, like an actor, brings a character to life on screen. Successful on-camera puppeteering requires solid theatrical instincts, a high level of acting skills, a flexible voice capable of producing a wide range of characters, a gift for improvisation, and the ability to bring life to an inanimate object.

Regarding the specific issue of voice performance—during production, the on-set puppeteer usually performs the character in full, voice and all, for the entirety of a project (series, film, etc.), making all performance decisions while working with the director to craft the character. (Some characters require the addition of assistant puppeteers, or teams of puppeteers.) Occasionally, producers will choose to replace the performer's voice in the finished product with that of another actor. This should not take away from the performance contribution of the puppeteer—i.e., this should not "demote" the performer from Actor to Additional Crew.

We request that IMDB re-characterize puppeteers as Actors and not Additional Crew, whether or not their voices are heard in the finished product.