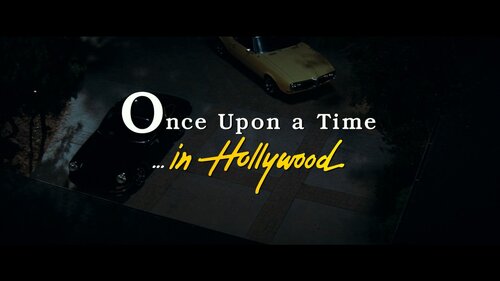 I agree with plur62, as did BonaFideBOSS the last time this topic came up in the discussion at https://community-imdb.sprinklr.com/conversations/data-issues-policy-discussions/the-title-of-quentin-tarantinos-latest-movie-is-wrong/5f4a7a3c8815453dba9ed836 .

The on-screen title displayed at the first screening at the Cannes Film Festival was "Once Upon a Time in... Hollywood", therefore, we will need to retain the original title as-is.

There is no evidence, report, article, review, any kind of mention of any kind of difference between the Cannes premiere and theatrical release.

Only mentions are about the ellipsis placement difference between onscreen title and some promotional materials such as posters, trailers etc. which is the topic of this nytimes article which includes confirmation from Sony that "ellipsis before in" is the correct one.

A Cannes review from the premiere day talks about the title and ellipsis comes before "in".

And most important one: This tweet from a film critic and journalist from nytimes describes the onscreen title in detail, it's exactly same as the screenshot provided in this thread. Tweet is from 1 day after the Cannes premiere, so it proves there was no difference between onscreen titles of theatrical release and Cannes premiere.

If you had a submission to that effect, what evidence was provided?

@Peter_pbn Yes, an eyewitness account from me :-)  I was at the premiere screening in Cannes and I had been pre-briefed to check the on-screen title format as it was already being used inconsistently as noted separately in this thread.  The early posters had it as on-screen https://www.imdb.com/title/tt7131622/mediaviewer/rm1947703297/ whereas other material were using the other format.  What matters for our purposes is how the title appeared on-screen at its premiere.

Obviously I would have been ejected from The Lumiere for taking a photo of the screen itself, but I will add the proof that I was at least in the audience via a photo from my phone below (that's the back of Timothee Chalamet's head at the very front of the photo as we sat together in the screening). I have another photo of my wife at the Cannes after-party for the film in front of a huge banner with it listed the other way as "Once Upon a Time ... In Hollywood" however that only served to draw even more attention to the different format we had just seen on-screen.

All I can suggest is that QT and/or the marketing department decided to tighten up the consistency of the format afterwards ... or, of course, we are just in a different reality where the events of 1969 played out as depicted in the movie itself ;-) 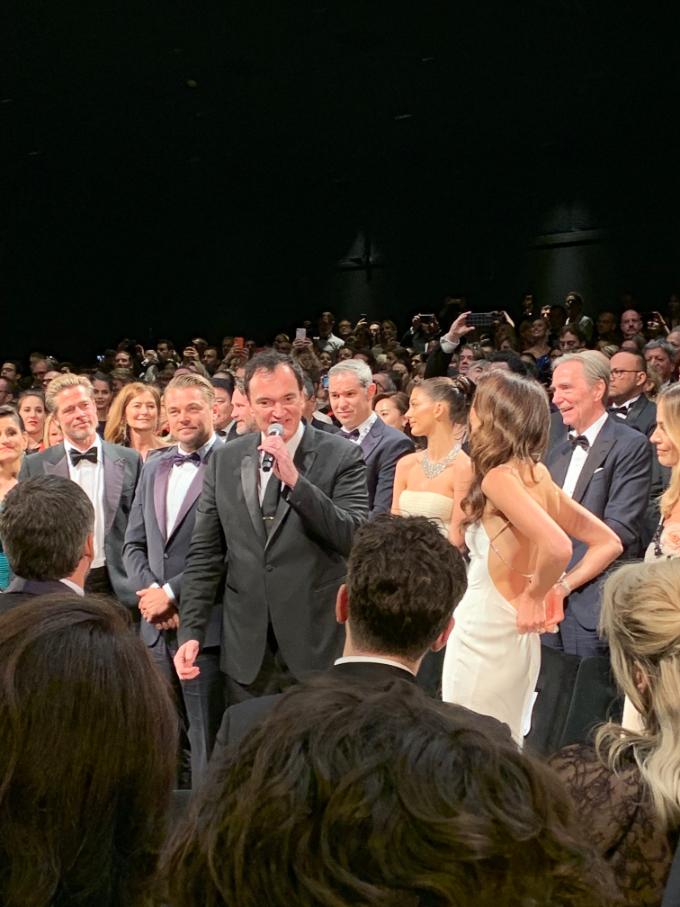 You should have a camera in your glasses, Col.

Wow, now we have a first-hand review mentions it :) thanks for sharing it.

I wish you had fixed it sooner on IMDb.