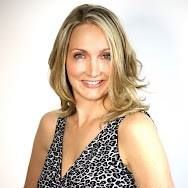 While researching a new film, I discovered that approximately 50 of the 56 written user reviews on IMDb are nearly identical. They are absolutely glowing without a single negative criticism, use the same writing style, and contain the same details and themes. All but 3 are 9 and 10-star ratings.

This made me curious enough to dig further, and I noticed that all of these reviews are written by users who claim to be from the United States, joined IMDB in the past year, and haven't written any other reviews. The "number-only" reviews from IMDb users provide a stark contrast, in which 334 users have given the movie an average rating of 4.9 to date.

I have no connection to the film industry, but this disturbs me because I frequently rely on IMDb for recommendations on new movies to watch. Film producers (and others who stand to gain) shouldn't be able to game the user reviews so readily. I couldn't find any specific prohibition on this conduct in IMDb's policies, but I may have missed something. It bothered me enough that I had to report.

Thank you for your time.