I was on American Horror story season 10 episode 7 as the waitress. My credit is under Crystal hughes III, . I am Crystal Hughes II. How do I get this changed?

Thanks, I did that earlier just hoping it won’t take forever !

@Crystalhughesii It will most likely be declined within 8 hours, and will keep getting declined, as that's what usually happens with these type of corrections.

Thanks for your message.

Please share with us your 18 digit contribution reference number and we will happily look into this for you.

Thanks for providing this info.

I have re-submitted this credit update on your behalf.

It was changed to my profile- crystalhughesii- the correct profile for a short period of time and now the credit has again been given to the wrong Crystal crystalhughesiii. Why does this keep happening? Can you please fix this as soon as possible.

Here is a screenshot from October 1 when it was listed correctly. Why did it get switched again? 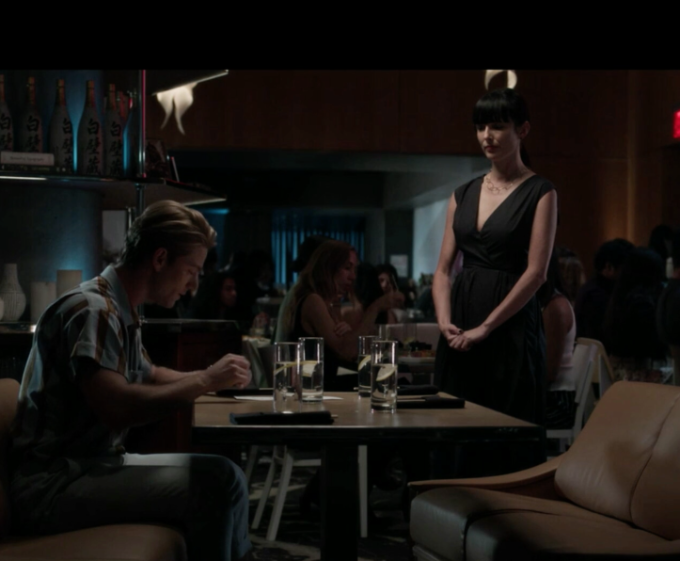 here is a screenshot of crystalhughesii

@Crystalhughesii I suspect it's Crystal Hughes (III) herself trying to get herself a bit more fame, or one of her fans is.

The question is which way around should they be merged?

She's credited as Crystal The Doll in Child Support (2019) - IMDb (I've just got 1 screenshot of her credit in the cast for now. I might get screenshots of the entire cast later)

She's credited as Crystal "The Doll" Hughes in episodes 1, 2, 3, 4, 5, 7 and 8 of The Spot 313 (TV Series 2020– ) - IMDb (She's not credited in episode 6. I haven't got any screenshots yet, as they're on Tubi TV which has this annoying pop up at the bottom of the screen to automatically play the next episode or the next random production, which means I'll have to download them onto my already full computer if I want to get the screenshots of the credits without the pop up at the bottom of the screen.)

Just as I suspected before I even checked the credits, I'm willing to bet that Crystal The Doll is how she's actually credited for most, if not all of her upcoming projects.

Ok thank you. That's unfortunate. Will merging the two accounts prevent her from stealing credits in the future, if the account is Crystal The Doll? Is there anything else that can be done?

@Crystalhughesii No, but it will make whoever it is adding/changing the credits think "have I got the right person?" a bit more.

It's the same system as Wikipedia, which also uses the most common name.

I'm constantly merging profiles, and like always when I'm looking through IMDB profiles of people with the same name, especially when there's over 200 profiles, there's always a few who have been credited by multiple completely different names, most likely to try and stop their credits getting mixed up with other people.

One person who was a high ranking crew member like a director/producer/editor/writer etc on some very big Hollywood productions, whose profile I checked out recently while looking for a profile for someone else with the same name and merging duplicate profiles along the way, had at least 5 alternative names on his profile, which were all completely different regular names, not to mention many more variations of those names by adding things like initials or abbreviating them.

What is his real name? I have no idea, but I don't think he had any duplicate profiles anyway, and would've taken forever to find out if he did.

I also found 2 sets of duplicate profiles, for 2 people, which had the exact same profile photos as each other.

ok great, thanks so much for the info