Hello, everyone!So, in 2017 there was a really bad russian film "Crimea". Truth to tell, that movie was complete mess. Total disaster. And by the end of 2017, it's rating was something like 1-2. Which is, truth to tell, pretty correct.In Russia, there is a resource like IMDB that is called "Kinopoisk". And rating of the "Crimea" movie was, well, pretty much the same.But the film was made by order of the Russian government. And bad rating was not good for the county's reputation.So, bots attacked "Kinopoisk" and raised the rating to something like, well, 7. Administration on that resource have found that out and fixed rating. Now, it has 1.3. Justice was restored!It looks like new target of russian bots is IMDB.I'm completely sure, that IMDB rating was very low in 2017. It is very easy to find a screenshot of it. There was news on that topic.Yet, right now it is 7.3 with 3000 votes for 7, 3000 votes for 8 and 21600 votes for 9. It looks completely unrealistic.Is it possible to check, I don't know, IP addresses of that votes? I'm sure most of them  share IP address with each other.

"I'm sure most of them  share IP address with each other." It does not necessarily matter:

https://getsatisfaction.com/imdb/topics/-new-reviews-for-love-on-a-leash[ New Reviews for Love on a Leash ]

I "like".  Um... occasionally a line or two of comment to explain what it all is and means would be very helpful!

Rest assured that our voting system has several safeguards in place and that this type of behavior is periodically detected and automatically defeated.For further details please review the linked FAQ page Jeorj referenced above.

3 months on, and I have seen your several safeguards have automatically detected and defeated the bots rating the film. Not. 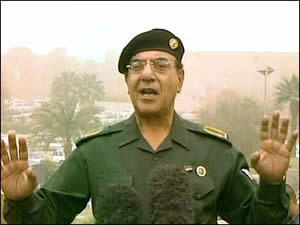 The film is currently at number 9 in Russian-language films ranked by their number of ratings, leaving behind it classics by Tarkovsky and modern masterpieces by Zvyagintsev to mention a few. That is simply shameful, especially for IMDb as a reliable platform and overall for Russian cinema, potentially fooling someone not in the know to think that this film deserves to be there on its own merit.If there is any need to recap the happenings, a simple check on Wayback Machine will do. In 2018 the film page was archived four times. Of these, the 1st one on February 2 shows the situation still being "normal", with 3500 votes and a rating of 1.1. By February 28 the rating has risen to 2.1 with 1500 more votes, and already in less than a week by March 6 3000 more votes have raised the rating to 3.4. Sadly the fourth and last snapshot by the end of March doesn't seem to work, but a pattern is already visible here.Combined with the excellent data gathered by ACT_1 on new accounts' strange voting behaviours in the other thread he linked in the post above, we can fairly easily see that this is a concerted effort. These new accounts in particular, often with Russian names, rate a bunch of films (and vote on a bunch of polls), then give high ratings to the film in question around the dates of May 22 and 28 (amusingly, a considerable amount of them have also given ratings of 1 and 2 to Death of Stalin around March 12 and 16.Due to a lack of data, we can't exactly say when the operation has stopped (it clearly has, since the number of high ratings has hardly changed from the starting post), but with the snapshots provided by Wayback Machine we can see that it has started somewhere around mid-February 2018, and continued at least to the end of May.There's not much else to say, as this seems to be a pretty clear case.

This topic is tagged as "Solved" and is unlikely to be visited again by IMDb staff.

This reply was created from a merged topic originally titled Good afternoon, there is a question about cheating a big movie rating. Krym (201....

Good afternoon, there is a question about cheating a big movie rating.https://www.imdb.com/title/tt6990206/I have big doubts about the chesnosti rating of the specified movie.For cheating at one moment, many users put a response of 9 stars (21 670 bots)Very doubtful such a rating.A big request to check it was BOTS or not.Such actions cheating rating are in doubt and return confidence to your resource. Do not allow yourself and us to deceive!

Thanks. As mentioned in an earlier reply, please rest assured that our voting system has several safeguards in place and that this type of behavior is periodically detected and automatically defeated.

Concerning this title, we have filed a ticket for the appropriate team to investigate further.

This reply was created from a merged topic originally titled The film's rating is implausible and is cheating!.

There is a movie "Crimea" https://www.imdb.com/title/tt6990206/?ref_=nv_sr_1And I think, his rating has been falsified and overvaluedProofs are two :1. On the snapscreen below you can see dispersion of marks : among them the share of the mark 9 is more than 50% !! Looks like attack of bots : they never rate 10. Very suspicious. 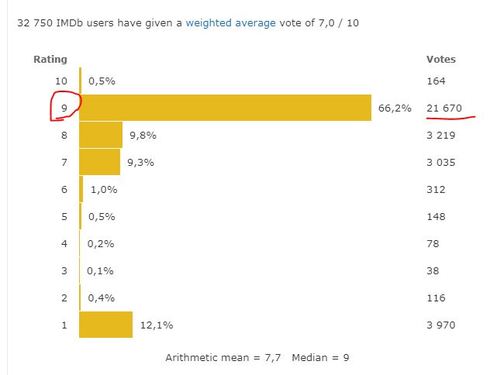 2. On the site kinopoisk.ru (russian IMDB's analogue)  this film has rating 3/10. It's imposible - to have so big difference between ratings of these two sites.

But not like this: 66.9% Only ONE mark and almost all of them at one time?