Image addition wrongly not being allowed.

Tried twice now to upload a screenshot which forms part of a promo set. All the others have been allowed but the 'powers that be' have bounced this one twice, despite it identifying an important concept shown in the film. - title/images link: https://www.imdb.com/title/tt5281134/mediaindex - original screenshot trying to add as part of the set (tagged "Still Frame" accordingly): 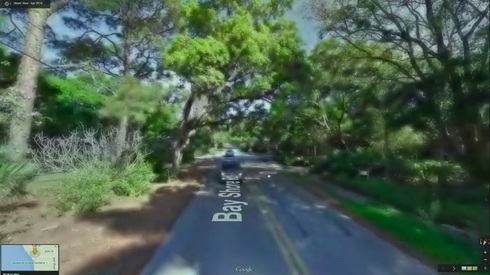 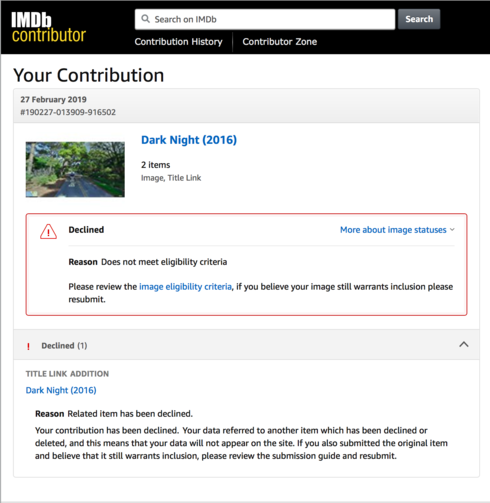 Q1.  What does the first sentence in bold even mean? Q2.  It is the original item, again, a meaningless comment? (exactly the same stock-response paragraph appeared on both submission attempts.) The so-called image guidelines say nothing relevant about my image, AFAICT: https://help.imdb.com/article/contribution/images-videos/images-guidelines/G27LPBQZA7EAZGJW So what is wrong? And how can I sort it? Really bloody frustrating!

Hi,Unless mistaken, you are submitting a Google map (streetview) screen capture. Have you checked that it is eligible?Have you changed anything over the previous submission? Because if you submit exactly the same thing, it is bound to have exactly the same result!

It's taken from the film itself, so no I didn't 'create it myself' by screenshot-ing a website.

And as there is no explanation box on Still Frame image submissions, there's simply no way of explaining this simple fact to them. :-/

Thanks for reaching out. Please note that "Poor quality images" is included in our list of types of images we do not accept. You can read more about image quality guidelines on our Help Page.

Yes, but this is the a still image of a computer screen, as featured in the film. So it cannot possible be in any other higher quality, than what has submitted.

...Anyway, after  linking to this forum thread (via using the "Copyright" data-entry box, as no where else to do so, lol!), it's been added.

So thanks to whomever staff member did that. :-)