I want a profile to be removed

This person here is a fake. He isn't any actor. Just a fake. How can I remove it.

In this case if you have observed incorrect credit information on the site you can request the applicable corrections/deletions through our online Update form, so our editors can further investigate, it would be great if you have any proof that the credits are fake too, such as screenshots of the end credits of the projects or a link were we can see them, so we can proceed to delete all of them.

@Bethanny​ Why imdb did not need any proof when someone claimed to be a Director, Cinematographer, Producer etc.. while they were 8 years old and adding these "directing" titles with irrelevant links as evidence and when attaching some famous people to these title pages (which of course not supported by irrelevant "evidence links" provided to create these title pages) and why evidence was not needed when he was adding his name randomly to some mainstream films with all the same character names and why would someone go to the trouble of collecting end credits for all of these titles to convince imdb when these are so so so and so obviously fake?

I have now removed the specific crew credits you called out.  For the remaining credits on the page associated with the more recent titles, to verify the inaccuracy of the information it will help to see on-screen evidence from some of these shows to verify that the name is not credited on-screen.  If we can verify that the credits are incorrect we can then investigate further to determine if the page should be removed.

@Michelle​ help me also. Remove fake credits from this and also the page. He isn't any legit actor or anything. Just hoax.

@Michelle​ I checked some of them and of course he was not in any of them. I will not provide you any link or screenshot. Instead this can serve as one example of many things to see why IMDb is doomed to be the most unreliable source on the planet, with a staff who refuses to use common sense like this (what happened to that other thread about an Arabic fake where I provided loads of proofs? Last response was "silence", I only wasted time with it only to be ignored, besides the first movie listed here is free on Amazon Prime at the very least and you are an Amazon company and you still ask for evidence?). You can continue to "believe" all of these randomly added credits to mainstream films with all the same character names are "factual", you can continue to ignore the point about irrelevant names he added to his title pages he created with same irrelevant external links (like 1, 2) instead just "remove specific crew credits" (was that the point?, he created some title pages and added himself as a director while he was 8 years old and you think only that thing is wrong with that?)

This was another fake I stumbled upon among dozens while looking for things for the name reported on this thread : https://www.imdb.com/name/nm13613017/

It's just sad what kind of place IMDb has become, what can I say, it's just sad.

Thanks for the report and sharing your thoughts, I have taken another look at the IMDb page, as well as that of the other page you reported for "Ebadat Akram Dunia", upon investigating further I have now removed all related credits and removed both page listings from the site.

We have seen an increase in reports of fake credits/pages, as such I have addressed this issue with the appropriate team for visibility and we are working on improvements to better prevent these credits from being listed in the first place, as well as a better process for investigating and ultimately removing the invalid data.

Thanks again for your report!

Thanks for the additional comment, the name page and credits have now been removed from the site.

@Michelle​ Thanks for being reasonable. See my answer here (which went unresponded for 9 days now) to see one reason why you are seeing an increase in fake reports (it's the Twitter link at the end): https://community-imdb.sprinklr.com/conversations/data-issues-policy-discussions/fake-actor/62bec4bbfe9565530571cf9d?commentId=62c5ebd9f9105568c149dce3&replyId=62ce31a3ee0dfc016ae57dbf

Social media sites like Twitter, Instagram have a requirement like "an IMDb profile with 50+ or x amount of credits" with their "blue badge" applications for people who want to get a blue badge as a known entertainment professional. Because of this, there are a lot of frauds going on. There are people in some forums (in several regions) who is trying to sell this, they say "I can get you a verified badge on Instagram, Twitter etc.. for x price" and one of the first things they do is to create a fake IMDb page with fake credits when they try to get that.

Because of this you are filled with fake name pages on this site every day. Because some people made this their job, they earn money by creating fake imdb pages with fake credits.

I was planning to open a thread about this with links and screenshots showing how they harm the IMDb but long posts or comments are tend to be ignored here so I'm not so encountered to do that (I reported some of it to contact desk at some point and the usual -forwarded to some team and forgot about it- happened).

I personally think IMDb as a company should contact Twitter, Instagram, Facebook and ask them to remove this requirement from their blue badge application guides. They kinda trust IMDb by doing that but they don't realize they are causing harm to the reliability of the IMDb with that, because of abusers. And IMDb doesn't look good at fighting with that.

@Michelle​ I want a help. I want to remove one fake page.Because he harresing me hardly. How can i remove it as soon as possible. https://m.imdb.com/name/nm12270055/

This empty name page has been removed.  Cheers!

@Michelle​ This is another one. And this is also fake. It’s so harmful for me.Because this page threat me hardly. I have no way.I need help. please investigation this fake page and revoke this page immediately. https://m.imdb.com/name/nm12270055/

@Michelle This is another fake page. I am surely say, he i's any actor. He is totally mesh and trap. Please, eventually i want remove his fake credit.Please dispel his pahe.

@Michelle can you help me immediately,  i send you a link of person biography, who is fake.Otherwise, he takes fake credit.He isn’t an actor.Please remove his fake page.

There is no need for any proofs for the "co-head writer" credit for The Mask he claims he was while he was 5 years old but if you have doubt about that other Indian movie credit, you can check this to see that's fake too: 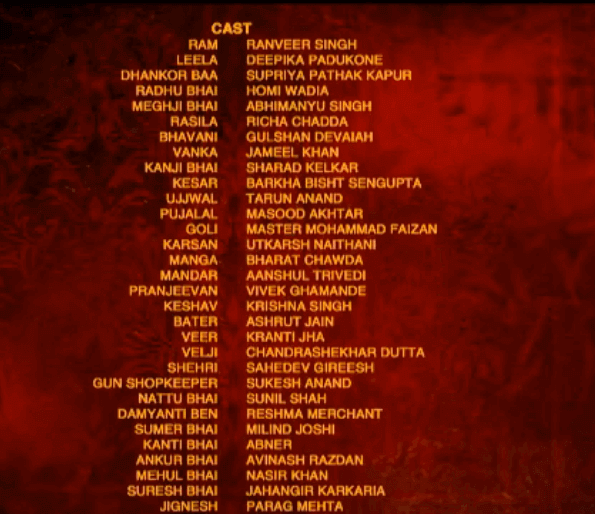 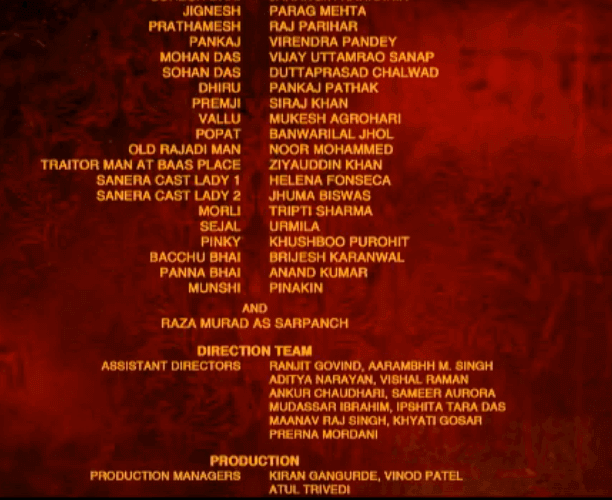 Thanks for the report and screen grab.  The name page and credits have now been removed from the site.

@Michelle​ here is another with fake name page and fake credits. Check it out and remove it.

@asad3301​ I checked these credits which were definitely fake and this time I submitted credit deletions myself with some proof to help staff and thankfully all are approved.

@Michelle why don't you remove the page?

@mbmb​ it still has some fake music credits. And I don't think fake pages should exist. That's why I said to remove. Sorry.

Apologies for the delay.  I'm circling back to this thread to confirm that the name page you reported has since been removed.  Thanks again!

@Bethanny Why imdb did not need any proof when someone claimed to be a Director, Cinematographer, Producer etc.. while they were 8 years old and adding these "directing" titles with irrelevant links as evidence and when attaching some famous people to these title pages (which of course not supported by irrelevant "evidence links" provided to create these title pages) and why evidence was not needed when he was adding his name randomly to some mainstream films with all the same character names and why would someone go to the trouble of collecting end credits for all of these titles to convince imdb when these are so so so and so obviously fake?

@abirkham​ Can you stop spamming? Why are you copying others comments?