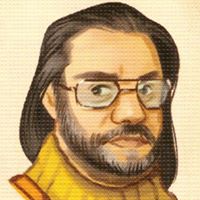 How do I delete/correct an incorrect title picture?

The live-action film _Rikki-Tikki-Tavi_ (1975) (originally Russian _Рикки-Тикки-Тави_) has the picture of the VHS release of the Chuck Jones animated short "Rikki-Tikki-Tavi" of the same name/year.  How would I (or someone else) get that corrected?  It doesn't seem to be in the normal editing form.  They are different films (one live-action, one animated) that confusingly share the same title, year, and story.

This is the animated short that it is being confused with:  http://www.imdb.com/title/tt0175122/

This is probably a good place to report this kind of problem, since this is not something available on the editing form. I will flag this for IMDb staff attention, since I am a long time user and not a member of the staff.

I've confirmed the problem you reported.

This is obviously not a Chuck Jones production, so the image for the film is misleading. There are no other images in the image gallery, so IMDb may not have access to the an appropriate image. IMDb may decide to retain the current image due to the lack of a replacement.

Since the image reported does appear to belong to the other title listing of the same name, I have adjusted the image so that it will no longer be linked to the Hungary version here.

We currently do not have an image for this version to add, so the title listing will remain without a poster for the time being.