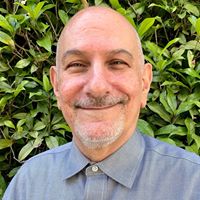 "Does not meet contribution guidelines"

IMDB declined my review of Terminal Station with Jennifer Jones and Montgomery Clift. I reviewed their guidelines. I did not use all caps. I did not use foul language. I always check the "spoilers" box, just in case, although I cannot specifically remember if I did or not for this particular contribution. I find the fact that they say don't include "spiteful remarks" -- who is the judge of that? Roger Ebert, my movie critic God, often used extremely strong (but hysterically funny) language when he critiqued a movie he did not like.

I did not use "square brackets." I have no clue why this review was not accepted. It really disheartens me, because I have seen any number of reviews with poor English, poor grammar, tons of spelling mistakes, and sometimes as sort as three sentences or less. Why are those acceptable?

Here is my review. Can someone shed some light on what the issue is? Is it the fact that I used "shags" and "orgasm"?

______I looked at some of the other reviews here, and I'm astonished that this horrid mistake could warrant anything other than a 2. I've given it 2 because there were a number of unintentional laughs.Jennifer Jones was a creation. As an actress I felt she was mainly a puppet used and abused by David O. Selznick. She might actually have had some ability, but I feel she was controlled by powerful men and I'm unsure of what kind of actress she might have actually become, had she had more control of her career.I cannot really judge her performance in this film because it was obvious that she was given so many directions that she herself was just desperately trying to remember what to do. She often looked like she was constipated and unhappy, which she may have been.Montgomery Clift, who almost always brought some unique presence to the screen, seems completely miscast here. The fact that he had a scene where he spoke Italian does not make him Italian, even though he's only supposed to be "half" Italian. Why didn't they just get an English-speaking Italian actor?So, Jenny is rich housewife in Italy on holiday. She meets Monty. They have a couple of hot shags and he thinks she's going to give up her life as a mother and wife of a well-to-do man in America so she can live in some house with him where he will beat her if she doesn't do as he says. He tells her as much. So... why is it that she would want to live with him?We discover the majority of this information at the Terminal Station, where we watch what amounts to a Twilight Zone episode/Groundhog Day experience, with unintended humor. Will Jenny give up her life to stay with her hot (closeted gay) lover? Or will she return to America and live out the rest of her existence as a dutiful wife in a sexless marriage, cleaning the house in pearls and heels?This is the main story, surrounded by tons of moments of "real life" going on in the background that I guess are supposed to amuse, intrigue, trouble and touch us. Those "real life" moments were much more interesting than the forced babbling of these two miscast stars from whom I felt not a shred of passion.As the movie progressed, Jenny felt like she had become one with her costume and fur and hat, and had to keep this very stiff, mannequin like appearance throughout the film. Also, she kept on saying how "young" Monty was when in fact, she was only one year older than him in real life and he looked just as old if not older than she did. (Life was harder back then, let's face it.)Then there were the scenes where my husband and I went, "Huh?" A woman in the station is pregnant and doesn't feel well. Jennifer "helps" her get to a doctor's office in the station, but then stays with her (even though the woman has a husband and he's right there with her), as if she's a Good Samaritan. It was laughable.Monty gets his dander up and slaps her in the middle of the station. It was really sad and I did feel for her, because probably she did what most women did; quickly process what had just happened and then not even really acknowledge it. It was very telling and very sad. So, for that moment, I give Jenny points.The young Richard Beymer co-stars as Jenny's nephew. He was bright, full of light and energy and did a great job.Even though this film was short, it felt endless. It was hard to have any sympathy for a rich housewife who had probably had her first orgasm with an Italian stud and couldn't make heads or tails of it.In keeping with the morals of the day, the whole idea that a married woman would be caught flagrantly making out inside a darkened train compartment by Italian authorities is enough to bring the country to a standstill.So, if you watch this film, keep in mind you will hear a lot of blabbering, you will be enduring outdated morals, sexism, cruelty toward women, and occasionally interesting and bizarre intrusions by what I am sure were not professional actors.An oddity that might be worth a one-time view, but this is not an 8,9, or 10 star movie.Atrocious

Do you have the submission reference of your review so I can look into this please?

Thank you in advance.

I ended up modifying my submission, and IMDB accepted it. But in the future, hopefully I can find this page and maybe someone like you can help. Thank you! :)