Here's how Deadly Innocents (1989) looks in the filmography of co-director Hugh Parks:

On the film's page itself, credit actually has two redundant attributes:

However, a duplicate/redundant attribute cannot be deleted, because it's absent in the field:

Frankly, one of the most odd glitches I've ever encountered on IMDb.

P.S. For curious GS and IMDb users who will stumble on this thread and never before encountered that type of credit: yes, co-director credits are added to main "Directed by" field, unlike second unit directors. Uncredited directors are a case-to-case scenario depending on known impact of the input, circumstances and notability.

These types of credits are usually found in the main titles near other main director credits and a few cases I've seen in the end credits were mere repeats of main titles.

I've had this happened before where a director had the attribute "attached" that wasn't shown when editing the title. Someone suggested editing from the name page. I tried that with John D. Patterson but it doesn't even show any attributes!

It looks like something a staffer will have to correct.

Thanks for catching this listing.  I made a minor edit so now the credit is displaying on the title page as "co-director" only.  Do you know how his credit displayed on-screen for this film, was he credited as "co-directed by"?

Great thanks for correcting this!

Was able to find what seems to be a TV recording of Deadly Innocents (1989) for research purposes (it seems the movie never made it to DVD, so it's not readily available otherwise) and it seems that indeed, the credit is "co-directed by". It directly precedes main director credit. 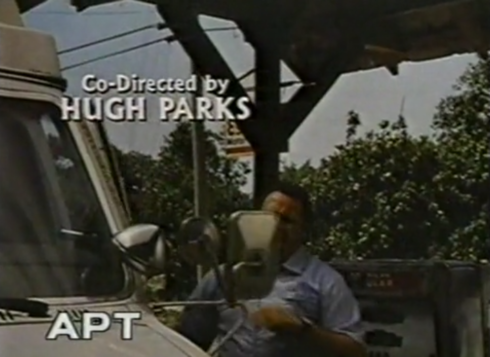 This question brings to mind another question. Are we supposed to add the attribute "directed by" for directors? I usually add it for animated features which have supervising directors so it is distinguishes it from the others but not to live action features. I'd say the vast majority of features have the onscreen credit "directed by" instead of "director" so that would be a lot of changes in the system.

Adrian, it is an excellent question. I personally add the exact formulation as an attribute whenever I'm adding a new title or issuing large enough updates on bare bones titles.

That wouldn't be that lot of a change in the system, to be honest, it's just that it would take a lot of time due to all the re-checking.

I have submitted to change the credit to add the correct attribute.

Have a great day!

Great thanks, Jaime! Have a great day, too!