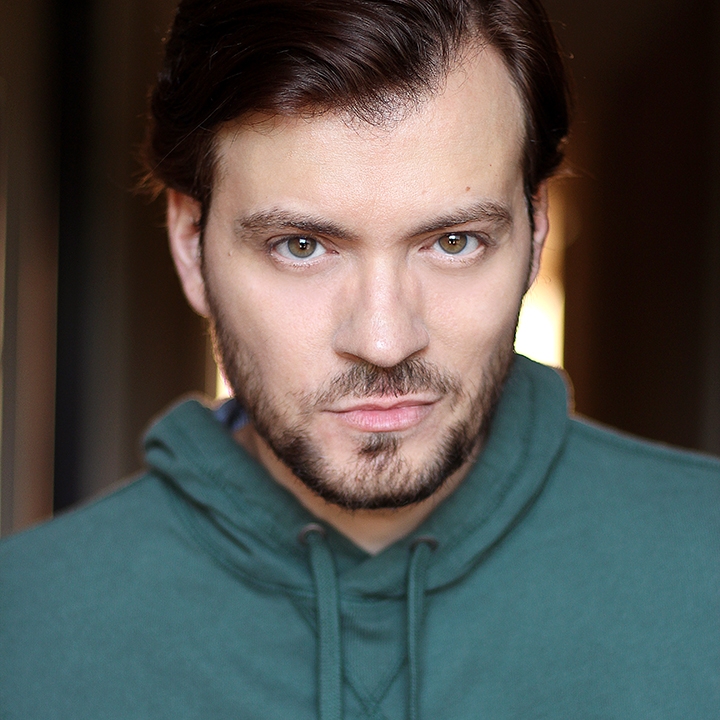 I am an Executive Producer on a film, have several other films listed as an EP, but for some reason my credit for this one films keeps getting denied. Then I submitted my actual agreement/contract with the producer stating that I am an EP and IMDb denied it again this time saying "Reason: Badly Formatted." Submitting proof and a link to my contract is not enough proof and is considered Badly Formatted?? The film is currently in production and I was able to add THANK YOU credits for one of our contributors, but my own credit as an EP has been denied multiple times. See my latest credit submission for the film BANDIT. Ref #: 210626-172251-107000

Also, I have credits that aren't mine that keep getting denied which is baffling. I have tried to remove credits for UNORTHODOX, and your team keeps denying my request. I have never worked on that show, never been a PA or assistant location manager. Please remove those credits. I am not sure why things like this are so difficult for your editors. They have denied my request a handful of times. Ref #: 210626-163904-926000

I can confirm that your executive producer credit has now been approved and should be listed live on the site shortly.

Regarding the deletion issues for the "Unorthodox" episode credits, if you did not work on this show and the credits don;t belong to you, it's likely that they belong to a different "James DiGiacomo".  Therefore, instead of deleting these credits they should be moved to a separate page listing.

For detailed instructions on how to move credits, I encourage you to review our Help Guide.

Regarding the Producer credit issue, this was incorrectly declined, so this was a processing error.

With regard to the credit split, I have now submitted this update on your behalf, you can see the update within your Contribution History (look for submission #210629-175427-484000), our editors will take a look at this request shortly.

I have now split the credits (moving them to a separate listing for "James DiGiacomo"), they should be removed from your IMDb page shortly.

Thanks again for your patience!

Hi Michelle, thank you so much!! Can you tell me why the editors denied all my previous multiple  attempts? It's frustrating to spend all this time trying to add a valid credit.

Also when it come to deleting or moving a credit that isn't mine, I dont have the time to research or figure out who that credit belongs to. My name is James Di Giacomo with a space not DiGiacomo.

So, I would like to have that credit off my page as it reflects poorly on my professional account.

You rock! Thank you again, wish there were more people like you working there. I have a couple other issues I have tried to fix but just gave up trying. Being listed for wrong episodes on PASSIONS or uncredited for work I actually appeared in. Passions didn't do end credits of all the actors who appeared in each episode for some odd reason

Have a great week!!!

FYI, the editors denied the request you opened to remove those credits that are in no way mine for UNORTHODOX. Mind boggling, you created the ticket, and they still deny it. I would imagine IMDb would want to strive for accuracy, clearly the person they belong to would of added them to their IMBd by now. Please remove them, many thanks.

Thank you! Have a great holiday weekend!!

Similar issue I just experienced, except I am not the producer, I just submitted the producer credits, for SIX different producers, and one editor, on the second episode of THE GOOD FIGHT (ep #5.2).  I submitted the full list of producers, about 17 of them, and they approved 11 of them, and denied 6 of them, plus, they denied the editor submission.  ALL of the credits denied have previous producer credits (several or many) for all of the producer credits denied, and the editor credit has at least six previous episodes she was the main editor on THE GOOD FIGHT, plus many where she was one of the subsidiary editors of one type or another.  It is maddening really, because I did not just submit those seven credits, I submitted 240 credits for that episode, and they approved 233 of them, including about 217 within about thirty minutes, and 23 they left pending for more than twenty-four hours.  Then they slowly started approving the pending credits, and then in a few hour period denied 7 out of the last 15 or so credits still in pending.  All of the producers have producers credits on this show for past episodes, I think twelve episodes was the least, and some went back as far as THE GOOD WIFE.  I have actually never attached documentation, because I did not know about this until recently, plus, I resent that they do not check even basic stuff, even when they sit on it for days.  I have submitted explanations many times, and they almost always ignore what is written into the box, even when it is beyond obvious that the submission is correct, and they still turn it down.  Other times, someone else submits something which is obviously wrong, like a duplicate submission of the same credit, and when I submit a delete, they leave the same person, in the same role, listed twice on the same movie or episode.  Other times, when there are MADE UP character names for actors, I try to correct them, and make them consistent with the other credits like in the titles, and when they have credits listed by order of appearance, but some other person put the lead actor first, even if that is wrong, I submit that info, and they do not change it, because obviously famous actors can never be listed anywhere other than FIRST, even when they are not, right?  SO ARBITRARY, SO LAZY, SO INFURIATING!

I totally relate to your frustrations. IMDb won't even let me update or delete my bio, which should be easy peasy, being that it is about me after all! 🤯

I would love to work as an actor on your show THE GOOD FIGHT. The last good TV show I was on was THE MENTALIST. Since I currently don't have an agent I am not being considered for any TV, which sucks -- mainly working on films atm.

Wishing you all the best! Have a great holiday weekend!!

THE GOOD FIGHT is not my show!  I am just a volunteer viewer who submits credits, like most people here.  I have been a fan of THE GOOD WIFE since the very first episode, through to now on THE GOOD FIGHT.  I have been a top contributor 4 times since 2011, and I hope to be this year too.  Even though I have been doing this for about 10 years, I still learn stuff all the time.  I use IMDb as a distraction for me, since I am disabled and often in pain, the distraction does me good, but I still like my submissions to be taken seriously and approved when appropriate.  I think the staff of IMDb treats the volunteer contributors poorly, and without respect.  Just my opinion, but still....

5 of my other fellow actors also submitted themselves on this film and got approved within 24 hours with no verification needed. I am starting to feel like there is someone there who has something personal against me. I have been a top contributor, can you please not only fix this, but explain why this keeps happening?