Corrections don’t replace the original but add it instead

I’ve correcting data in which I replace "Benny Hill" (1962) with "The Benny Hill Show" (1969) but instead of replacing it, it repeats it with the same description. 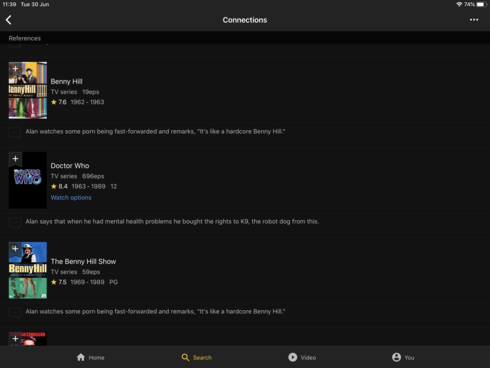 I was talking about my contributions and why it is repeating, not the pages itself.

Sorry for the confusion.

I'm not sure what you're trying to do, but if you mean that your corrections are apparently accepted, but stay the same, then that happened to me a couple of weeks ago.I corrected the word Uk in a title to say UK, which was apparently accepted twice, but nothing changed. After correcting it a third time, it finally capitalised the letter K.I'm currently going through all The Benny Hill Shows moving all the colour screenshots and DVD's/VHS's which are in colour to the ITV version.It looks like there's only a few screenshots and DVD/VHS images from the BBC version so far, as I've only seen 1 screenshot, and 2 VHS covers from the BBC version so far. 99% of them are from episodes broadcast in 1969 or later.I've been checking Amazon and Cinema Paradiso to make sure too, and they confirm 99% of the images are from the ITV version.If my recent corrections are to go by, then the staff at IMDB will no doubt reject my image corrections, which they'll claim they're unable to verify even with links provided, as I've had at least 250+ corrections (mainly to birth places and filming locations) rejected multiple times for at least 250 titles/profiles in the last month, out of a few 1000, even when 95% of them had multiple links as proof

Well it is accepting the data just not completely

I've just noticed a mistake for the December 1991 Saffron produced in association with Thames (Thames left ITV in 1991) and FR3, TV episode for the BBC which according to IMDB was originally called Benny Hill: The World's Favorite Clown.That clearly wasn't the original title if it was a British production like it claimed to be, as the giveaway which made me notice it, was the American spelling of "Favourite."After a quick search I've found out that it's actually part of a British TV series called Omnibus (1967-2003) where it's actual title was Benny Hill – Clown Imperial: An Omnibus Special.It was then released on VHS a year later in November 1992 by Thames under the title Benny Hill: The World's Favourite Clown.So I'll be requesting the titles be merged, or have the title corrected, the year changed to 1992, the release type changed to video and a "movie connection" to the TV episode added, as they're the same programme.

I should have explained this before but I’m referring to adding movie connections.

Instead of replacing the title it just adds the title I tried to replace it with but adds the same description. 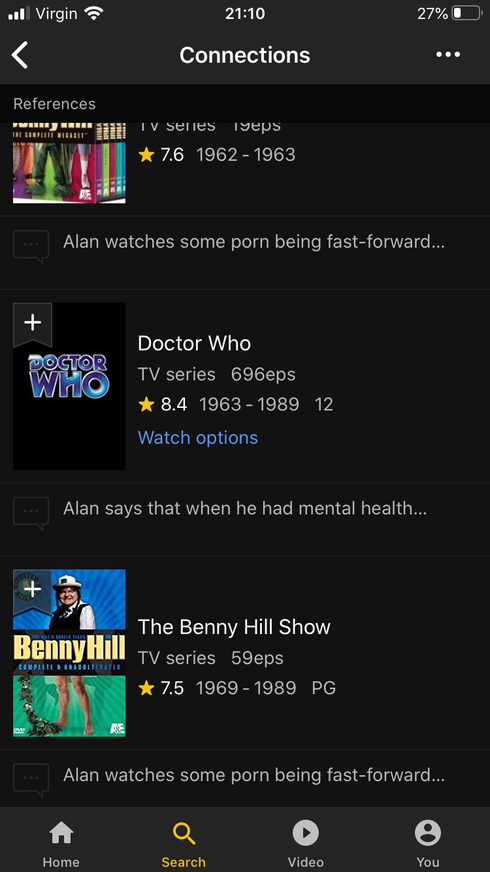 Can someone from IMDb help?

They've been slow for months. I gave them the benefit of doubt at first, thinking it must be because of the coronavirus lockdown, but they've been slow since the lockdown ended.I'm still waiting for a reply to a question I made 2 days ago...Along with a reply to a request I made 2 days ago to delete and move, or simply delete the filming locations I added to 3 TV episodes by mistake, as they're for different episodes.It would take them 2 minutes to delete the filming locations from series 3 episode 1, and move the filming locations for the other 2 episodes, to the correct episodes, but I'm having to wait because I want to make sure those are corrected first before I add anymore, double checking they're for the correct episodes this time.

Hey Niall - thanks for submitting these items. I've checked these out and you provided no evidence for the deletion of these two longstanding connections, so the editor declined it. Your additions were approved but then shortly after deleted by another contributor in error as a duplicate. I've fixed this all for you in the back end so this is now correct:

I wasn’t deleting them I was correcting them

I need to put evidence I will