I actually wanted to rename a character named Robin to Robin (Orange girl) in the web series Glitchtale Episode 4, I had submitted once and he would be approved but it didn't change anything, I checked again a day later and it still didn't change anything.
I corrected it again and then got an error that it was duplicated and that it was still being checked (https://contribute.imdb.com/contribution/220611-181814-377000/?ref_=ra_his_wa) and that took 5 years days.

I can see that your original credit update (#220611-132016-785000 ) was declined and the subsequent updates were declined as a duplicate of the original contribution.

Can you post a screen grab from the episode credit roll showing exactly how the credit was displayed? 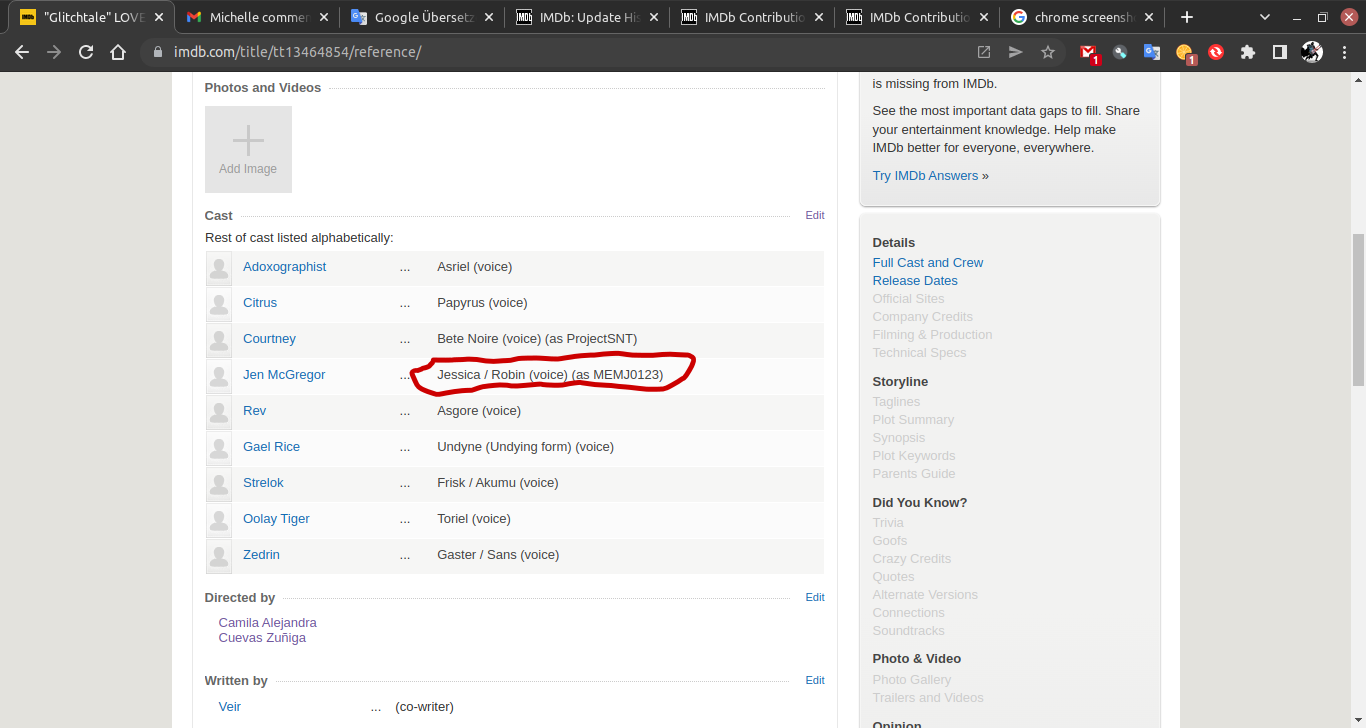 this is the current credit so far 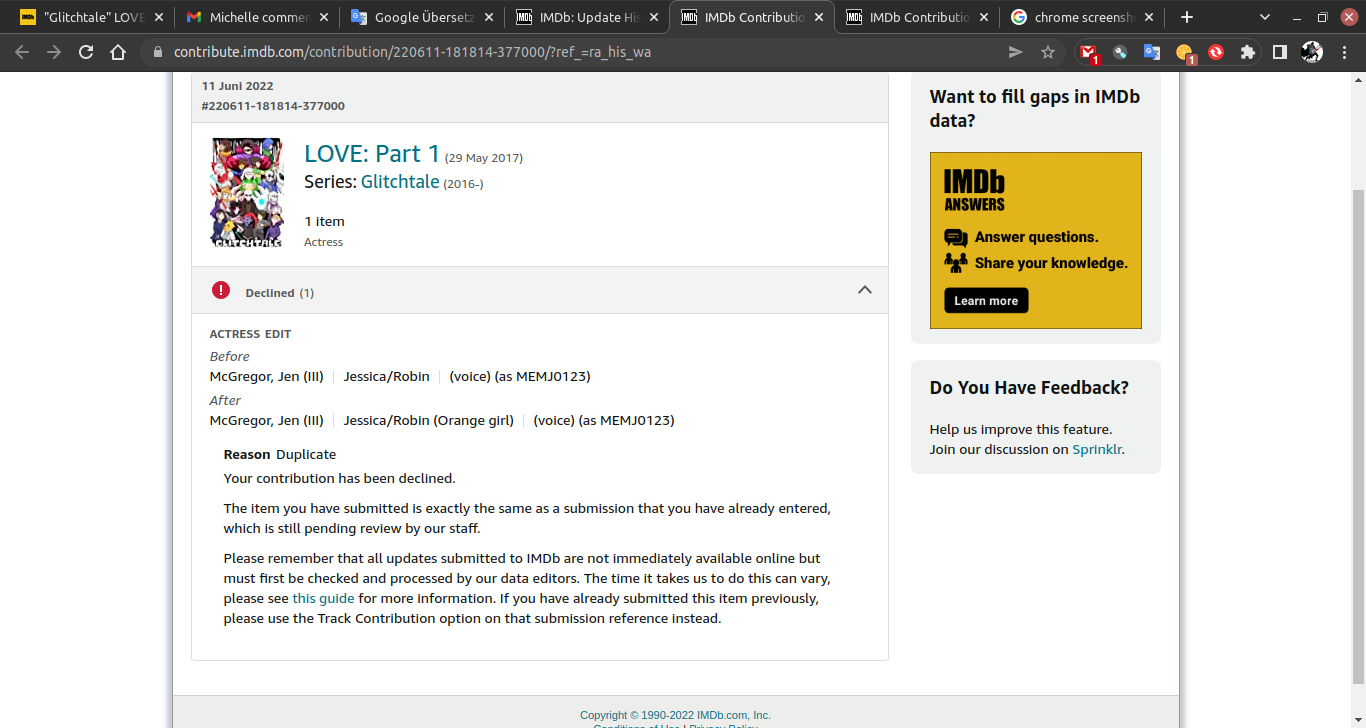 and this is my contribution that i made 5 days ago 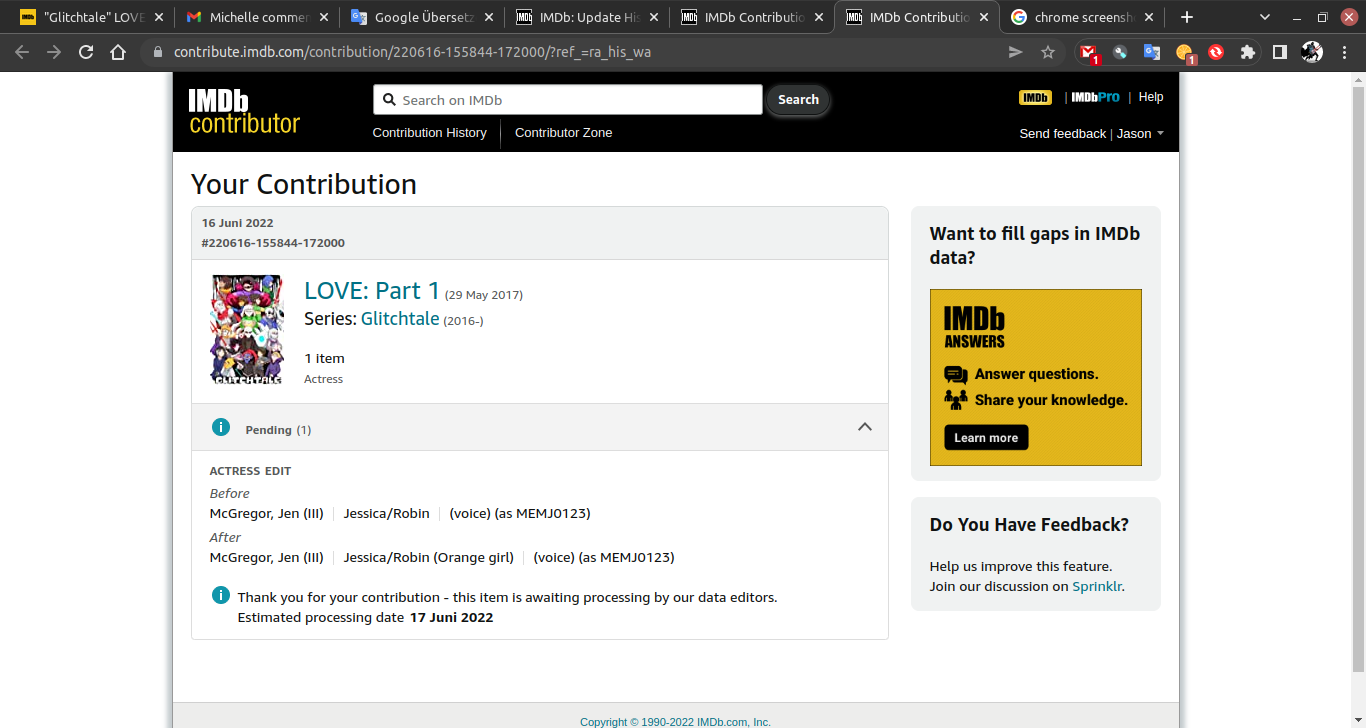 I made another one yesterday but so far it's pending

The problem is solved