For the movie Mir vashemy domy! /  Peace be to your House!  (2017 https://www.imdb.com/title/tt3291784/releaseinfo?ref_=tt_ov_inf) I've made at least  3-4 submissions to correct the title to the correct version that's based on Russian title of the movie Mir vasehvy domy! (film was originally shot in Russian and the Russian version is the original version. Unfortunately, after the theatrical run the film was never released on VOD platforms or DVD, but it's well documented that it was originally shot in Russian - e.g., see this Ukrainian article that mentions it). Therefore the current main title should be updated to Mir vashemy domy!, but I've submitted this correction multiple times and always get rejection with the generic "Unable to verify" response (see for instance contribution  #200310-073209-371000 )Could you please help with this update - I've gotten rejected multiple times? Thanks!

Can you send us some submission references so we can look into them please?

Hi Jaime, Note sure what you mean by "submission references".  * Here's the latest reference # of my submission that was rejected: 200310-073209-371000
* As mentioned above, the film was shot in Russian, it's well documented and mentioned multiple times in Ukrainian media (like this article from Obozrevatel that I already provided above, or the Russian trailer for the movie, where one clearly sees that film is originally shot in Russain) 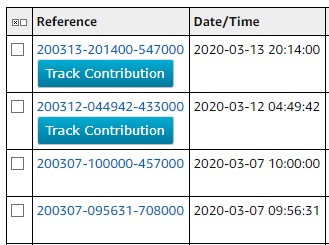 They are accesible through your update history.

piznajko, not necessary, but the more you'll provide the clearer situation will be for staff.

The title was changed. In the final version that's release in Ukraine it is like that (which roughly translated as "Let the peace be with your home!"

You also submitted the only release dates on the title which are both for the Ukraine.

Your recent submissions seem contradictory to this. Can you please provide further explanation to assist us in this matter﻿

Hi Niall , firstly, its just "Ukraine", not "the Ukraine", see Time's article for why it's both gramatically incorrect to write "the Ukraine" and politically insensitive https://time.com/12597/the-ukraine-or-ukraine/I didn't know the policies of imdb back when I made the erroneous submission for "Myr vashomy domy!", which is the Ukrainian translation of the title and is NOT the "original title" of this film. Since then I've done more submissions and now now that the main imdb title for the film needs to be its original title in the original language of the film. Consequently, the ORIGINAL title of this fim in Russian (the language in which the film was shot) is Mir vashemy domy!

Apologies for my grammatical mistake. It was not made with bad intentions.

I have made the change for you.