Fellow GS user Ed Jones just got his name added to a title on IMDb which should be either or deleted altogether. I guess it more or less fits minimal critera for addition, however how credits were added is a vandal edit at it's finest. As you can see on the YouTube screener of the title in question, there are credits absolutely none of which actually includes name "Ed Jones".

Oh, and to Ed himself, for future reference: please do not try to correct plot summaries of such titles, as it further makes reverting the edits difficult. The worst part of this vandal edit is that it was based on a real, possibly eligible title, not a fake one.

Hey Ed, please pardon my language, but what the hell is going on? Someone sure has a big bug up their ass about you. How many times have the (for the lack of a better term) troll has tried to have you kicked off the IMDb and then they create copycat accounts and now this?!?!???!!! I agree that this is getting ridiculous, stupid, and childish. Are you sure this guy is an adult? Because these actions don’t look very mature to me.

But one of them had a particular dislike to you. I know because all the GS IMDb problem notices get sent to my email box and I have delete at least 50 of them a day everyday. More than once, I have seen some type of crap someone was pulling on you. I know it is irritating to you. It is irritating to me to see your name constantly being dragged through the mud by some disgruntled person ( I forcing myself to be nice here because I just don’t what to call the guy that would fit him). This person needs to grow up and put this bug in the past and get on with their life! His crap is OLD!!!

Unfortunately it looks like further attempts.https://www.imdb.com/title/tt5575380/?ref_=nm_flmg_tk_1And it's credits include a character named "unnecessary addition".Ed, did you find someone's wheaties?Reading above, I wonder if someone whose credits you've tried to get removed might be more likely a culprit. There are two names that come to mind. Regardless, I hope imdb can shut them down and I've never much complained about how long it takes things to be approved, but I'd gladly accept a longer delay if it stopped clowns like this.

MikeTheWhistle, no, this one doesn't have anything to do with vandalism. "Vedro" is my own web-series and special thanks credit for Ed on this one is pretty much legit.

As for "Unnecessary Addition" these credits are mostly in-jokes and/or homages. In this particular case a statue of Mykhailo Hrushevsky was featured in the episode and I wanted to commemorate that fact, so I credited Hrushevsky in the end credits. Other two such credits are in-jokes: a shout-out to fellow filmmaker Nikita Derney who is mentioned in the episode and a crew member whom I wanted to have in a cameo, but he ended up on the cutting room floor several times, hence "Unnecessary Absence" credit.

I understand that such jokes in the credits are not a usual thing, but making end credits interesting is an important part of my style so I stick to it and when I add the titles on IMDb I do my best for listings to reflect that.

Nikolay,
I love a good sense of humor, so I love wacky credits. Looking at them without benefit of seeing the show hard to tell what's real or not especially if not familiar with what you do. I did try to find the show online but didn't have luck.

Ed, glad you've got so many friends. lol.  My experience is that people typically act quick, so the two that I recall from pretty recent spring to my mind. If it's someone from awhile back, then they truly have no life which is probably true regardless. I'd expect that someone who created a bunch of bogus credits would be more likely to do what they did to you, but that's just a guess.  It's why I wish imdb had something like wikipedia that shows the history of edits on a title.

out of curiousity, you said you didn't direct, act, or write it; but did you costume, produce, and misc it?? or were those added later?

shh. don't tell anyone but that special sauce isn't a secret. about 10 years ago mcd's confirmed what it was supposedly because it had been available on the internet for awhile.

and i know imdb has the history and hopefully they can do something with it for your clown. if i was a betting person they probably created a new identity to do it which might make it useless, but who knows.
﻿

Nikolay Yeriomin, i’m So glad that you said it was legit because I did notice your name on the expanded cast list page, and I was going to post asking is that yours or not.
Back to Ed, and MikeThe Whistle. I suspect two with a real good reason to retaliate against Ed. Wasn’t there an issue a while back where there was a pedophile con artist who had a film listed on the IMDb that was really nothing but a YouTube video? If I remember the case correctly, he had tried to used the IMDb listing as evidence to convince his victims’s parents that he was a big time director and for a fee, he would give the child acting lesions and a role in his next film about a Roman or Greek child emperor the parts of the case, as I remember them were that he 1) used a newspaper ad for open auditions that gave the address to a local coffeehouse as his main office, 2) he lure then child back to his apartment for acting lesions for which he charged, 3) so convince the parents that he was going to give their child their big break in movies that they defended him when others had tried to warn them of the truth, and 4) he would then convince the parents to let him take the kid to Europe for location shooting - that is where the main sexual attack occurred. I don’t know if I got all the main facts straight, but that guy would have a reason to retaliate on Ed or the parents of his last victim he was working on if they still believe the guy.
I do know that Act-1 used to maintain and publish a list of all the people that were kicked off the IMDb. That list helped expose a troll who used dozens, if not more than two hundred, of sock puppets. ( The troll had used a certain identifiable style to his usernames and if the troll sock puppet got kicked off, he would create a new account using the same username doubling one of the letters, or a variation of the username).

Thanks for raising this. I think that these credits are legitimate (for another Ed Jones), but have just been added to the wrong name page. I've moved them to the correct page now and marked those roles as uncredited on the title.

Will, what makes you think that Cosby video by Cliff E was made by a guy named Ed Jones? This Ed Jones's page clearly has wrong credits:https://www.imdb.com/name/nm10853108/Let's take a look at his credits.1. Hong Kong TaxiHere's the link on IMDb that shows "Hong Kong Taxi":https://vimeo.com/32726207If you look under the video it says music and images by Ed Jones / AFP. I looked him up and found two pictures of him. 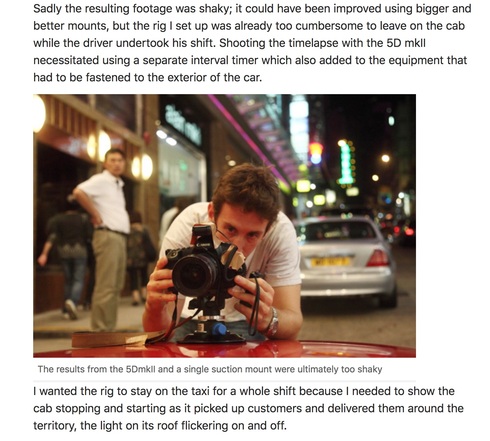 This picture is taken from this article that he wrote about Hong Kong Taxi:https://www.newsshooter.com/2012/06/26/a-timelapse-taxi-ride-through-hong-kong-shot-with-gopro-and-5...Here's another picture of him: 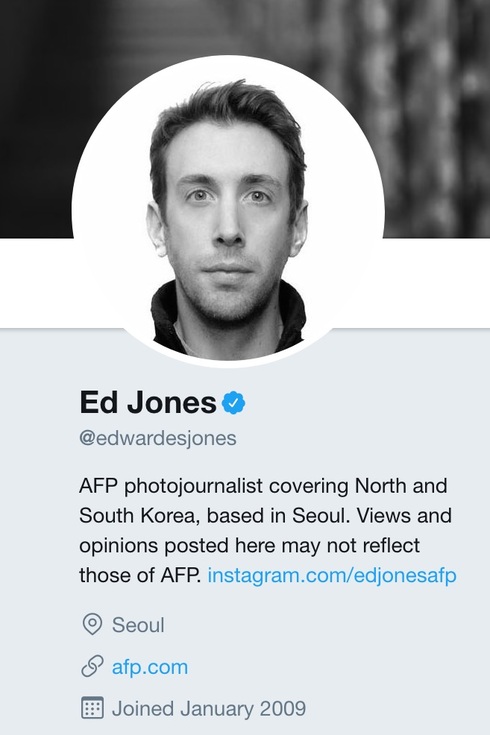 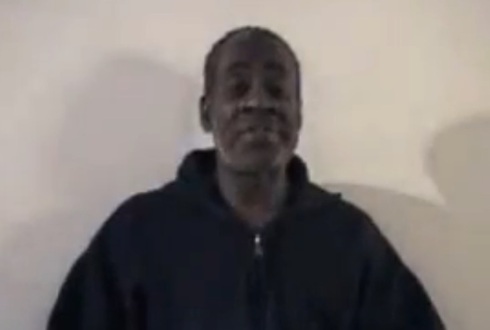 This ED Jones is CLEARLY not the same Ed Jones who directed the Hong Kong Taxi video listed above.Also, another credit on this Ed Jones (XXI) page lists the title "Walking. Here's the link on IMDb that shows "Walking":https://www.youtube.com/watch?v=gZZSm-DdOJAAnd here's a picture of this particular Ed Jones: 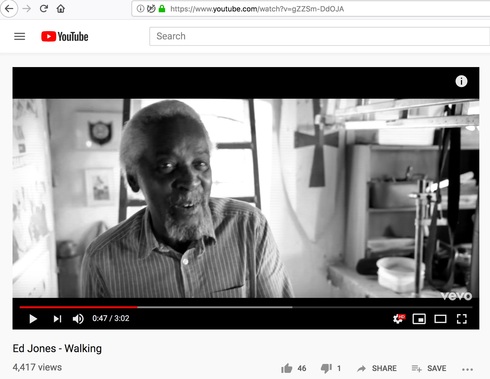 This Ed Jones is a singer and he also has music on Spotify which can be found here:https://open.spotify.com/album/4T6K5ZJXNQcrtB4xvc3N7zHere's another picture of this Ed Jones singer: 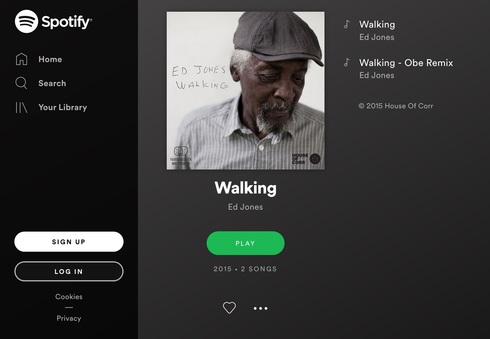 Thanks for your observations, I have now moved the credits for "Cosby Speaks by Cliff E" to a new "Ed Jones", as this appears to be different individual.  The changes should be live on the site shortly.  Cheers!

The video "Cosby Speaks by Cliff E" was not made by a guy named Ed Jones. The only on-screen credit in that video is "Cliff E." The only reason that credit appeared on IMDb is because someone had a vendetta against Ed Jones (XLIX), who is a member on these boards, and when he tried to have it deleted, an IMDb employee moved it to a different page called Ed Jones (XXI).

According to the IMDb bio of Ed Jones (XLIX), he also goes by the name E Cliff Jonz, so I think what happened was someone wanted to mess with his IMDb page and found a video by a guy called Cliff E, and he probably told IMDb staff that Cliff E was the same person as Ed Jones (XLIX) since his alternate name, E Cliff, is similar. That is now the name Cliff E got mixed up with the name Ed Jones. So the Cosby video shouldn't be attributed to a guy called Ed Jones. It should be attributed to a guy called Cliff E.