Am I partially blocked from editing cast lists?

Am I, the nine-hundred thirty-two thousand twentieth IMDb registrant, blocked in some way from editing cast lists?

In the past few months, I've noticed that many corrections I've made to cast lists will not go live. Usually cast member additions taking the form of the creation of new person entries within the database overall are accepted just fine, but changes to the order numbers sometimes never go live. Even changes that are predicated on the notion of making sure that a given cast list item follows IMDb's own guidelines/policies sometimes never go live, and that makes no sense. (For example, an IMDb contributor may submit an edit to ensure that a character name comprised entirely of lowercase letters is changed to taking the form of English capitalization rules, exactly as the IMDb guidelines specify, but yet the update to the item may not ever go live.) How can something that follows guidelines be wrong?

In more than one case of unapproved cast list submissions, I've inquired about it and was told that proof in the form of a screen capture of the on-screen credits would be requisite or so. It used to be that my word was good enough. What has changed? Has policy changed or has my trustworthiness slumped? It could be both, either or neither. I cannot be sure. (And just to note, once in a rare while IMDb's glorified prestigious partners [MPAA, MPTv, WGA and WireImage] supply IMDb with erroneous information.) There has been only one cast list for which I've ever submitted incorrect information, and it was rejected, and I apologized for it. Anyway, whenever proof is desired by the IMDb staff, I will gladly provide it if and only if I am capable of providing it; otherwise I shall simply leave a transcription of the correct information on IMDb Get Satisfaction (GS). (In subsequent posts to this GS topic, and for the cast list of a particular movie, I have a present, so to speak.) I still want to know what is going on, though.

There is little doubt that IMDb has the capability to flag registered users in a number of different ways. I want to know how my account has been flagged.

Making sure that the order of cast members in a complete cast list is correct might not seem like a big deal, but the words "in credits order" appear above them (as far as the Full Cast & Crew page for a given title is concerned). What is a person to do when he/she sees such a remark but also sees that the order of the cast items does not match what appears on screen?

In summary:
Those are four questions, and thereby I expect four answers. (Maybe the fourth could be interpreted as rhetorical, but it is important.) IMDb GS champions and other volunteers (like me) may answer if they so desire at whatever time and in whatever way they desire, but I definitely expect answers from IMDb staff if the volunteers choose not to participate. And if whichever staff member appointed to address this matter desires not to answer all of the four summary questions, then I would like to know why not. I'm certain that I'm not the only IMDb contributor who does not appreciate the IMDb staff behaving so circuitously and so evasive so often. (We don't care about how many new accounts are created per day, how many hits the site receives per day, how many submissions are received per day, or how many new titles are added to the database per day. No amount of bragging about how large IMDb is or how fast it is growing really changes how its staff is perceived.)

I think you're paranoid, you should get a new hobby like train spotting.

I have been trying to make various corrections to the IMDB database and found that it is not as easy as simply updating a field of text, modifying a record / entry by way of deletion.  IMDB contributor tools are not always clearly marked.  I have been trying to make a name change and do not see a tool that says "delete" or anything to that effect.

Well, to delete an item from a cast list, the option to do so is present in a drop-down menu consisting of the options "Keep:", "Correct" and "Delete" (as found to the left of an item), which only show up for items in data categories that have been set to "Correct/Delete" as opposed to "No change", "Add 1 credit" or "Add n credits" (as found to the right of category heading).

I've got nothing to brag about, not yet.

Thank you for your message and for sharing your concerns with us.

If any of your updates have been rejected it usually means our editors were unable to verify them and further evidence is required. If this is related to a particular submission then please post the submission reference here so we can look into it.

Why haven't you answered my question concerning English capitalization of character names, Rida? That, my dear, is evasive. 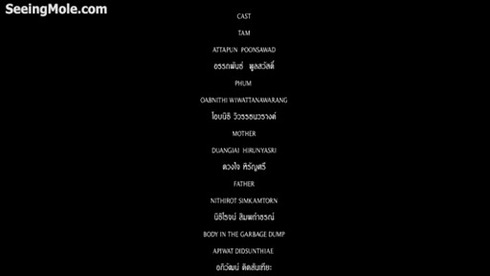 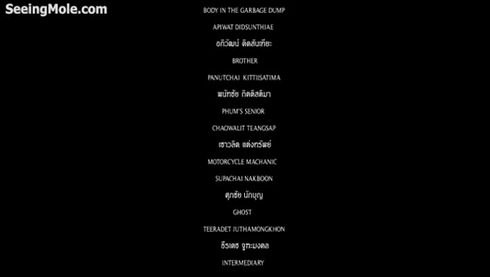 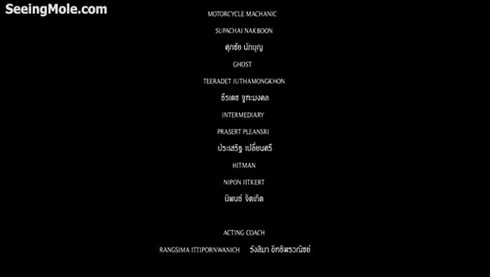 That's the only case for which I'm capable of providing something that would assist the "verification" process, as of this time. So, for that one, there is no excuse for the update to not go live.

Where does IMDb staff get the idea that contributors like repeatedly having to revisit the same form data over and over again?!

What is laughable is that a cast list can have all kinds of gaps and duplicate order numbers and the IMDb staff will still provide response like "According to our sources and our own research, our editors believe that the credit is accurate". Those are cases in which they are simply being stubborn or uninterested in logic.

Thanks for your response.

We're unable to go into the specifics of how our editors review new data submissions, however there are many factors which may attribute to why a contribution has been rejected - however please be aware there are no "flags" associated with your account which may result in an instant rejection.

Thanks for providing the the screen grab as evidence for your cast order changes, these should go live within around 24 hours. Regarding character names, wherever possible, we list character names as they appear in the on-screen credits - occasionally a character may be listed with typography errors and these will be reflected on the database - this may explain why character name changes have been rejected.

Thanks, Joel. Could the policy regarding "Himself" and "Herself" be further explained? I thought the "self" credits were only for non-fictional (or non-farcical) appearances of a person. It seems strange that the would be a hassle over changing cast lists to reflect this policy (one that only came in to being in the last few years).

"Himself" and "Herself" credits are, in most cases, listed for appearances in TV-specials (like the Academy Awards ceremony broadcast), documentaries and other non-fiction productions where actors are not playing any specific character.

Occasionally titles that feature reenactments with actors portraying historical characters, incorrectly end up in the "Himself/Herself" listing (even though the credit will still list the proper character name).  When thisoccurs, adding the "reenactment" keyword will move any credits that include a character name not beginning with "Himself" or "Herself" out of the "self" area.

You can find additional information on our "Self" credit policy in the guide here.  I hope this helps clarify!

Thanks, but apparently some of the IMDb employees who process the information do not understand that. Or maybe it is just that the only like to process one name per week at a time, whilst being a hurry to go to lunch or end the day? I don't know. The way that some of the faceless "data editors" operate makes no sense. I used to assume good faith, but lately I've been having doubts.

If you have some examples of data listed on the site that doesn't follow the "Self" credit guidelines mentioned above, please let us know here and I can investigate further.

Well, an aforementioned case was resolved finally after multiple re-submissions. My position is that I don't understand why the thing could not be corrected on the first submission: 170129-173757-430000. And by the way, please do not play games with me. It's evasive, and I do not appreciate it. I think I've made it clear what, so to speak, chronic problem exists with your subordinates, your coworkers or even your superiors, possibly even you yourself, Michelle. I understand that the IMDb staff cannot go into the details of the internal workings or structure of the IMDb company, but let it be known that some contributors are displeased with some (not all) aspects of the staff's performance. I am beginning to see clearly why Les Adams, a most esteemed contributor, was so frequently complaining on the old Contributors Help venue.

Thanks for your feedback, rest assured that I have forwarded your concerns to the editorial team for awareness.  In the meantime, if you encounter further instances where a correction you submitted has not been approved, I encourage you to bring it to our attention here in the community so our staff can investigate.  In addition to your feedback, thank you also for all your contributions, without the dedication of our contributors IMDb wouldn't be the site it is today! 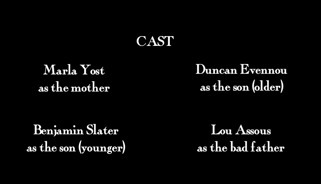 I've nevertheless considered the possibility that the submission may have been rejected due to the inability for IMDb's computer system to handle parentheses. 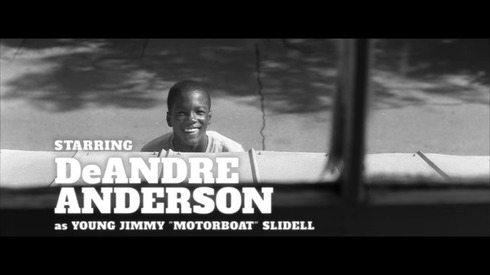 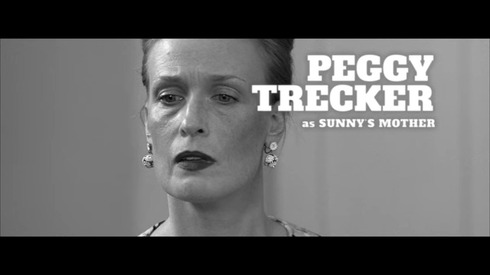 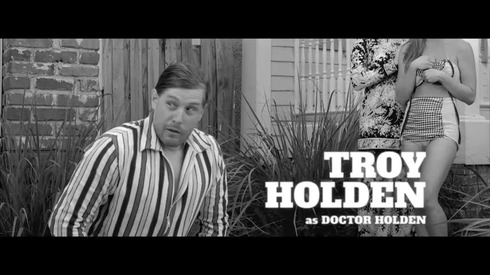 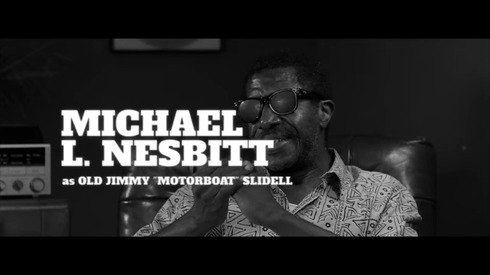 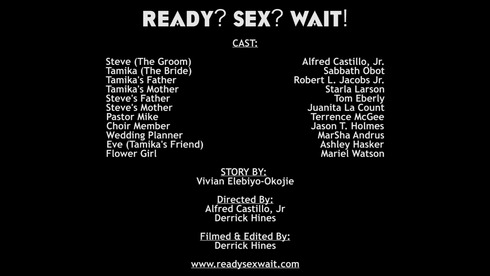 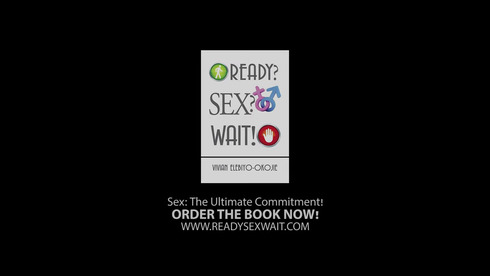 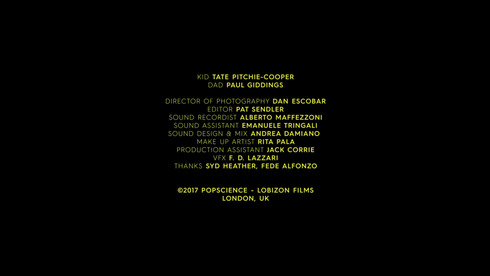 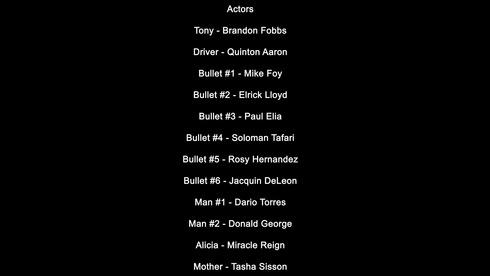 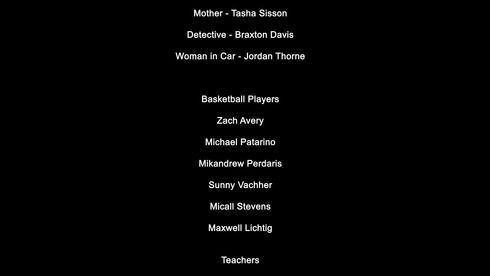 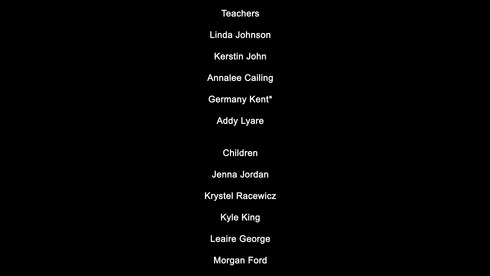 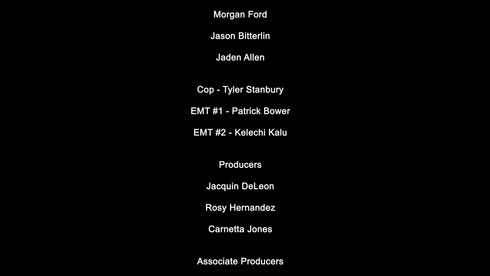 Thanks for posting the credit screen grabs, the cast character name corrections have now been approved and the changes should be live on the site shortly.  Cheers!

There is no excuse for the one-item cast correction in submission the submission with reference number 180601-050221-507000 to have been rejected. Anybody can easily tell that that the parenthetical segment information is missing a quotation mark. I'm surprised that nobody else has even noticed it.

I'm still having problems even if I present evidence in the "Explanation" field! The stuff sometimes just won't go live!

For A Killer of Men, I originally altered apparently only one credit (which was rejected presumably for lack of verification) when I should have altered over a dozen. I have done so as a re-submission (180709-073818-636000), and I present the following to corroborate the information: 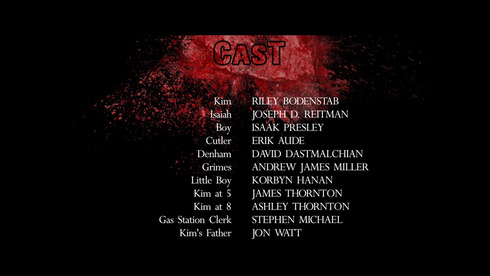 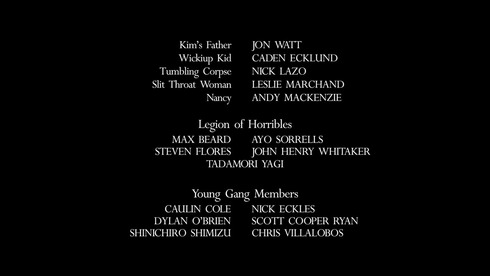 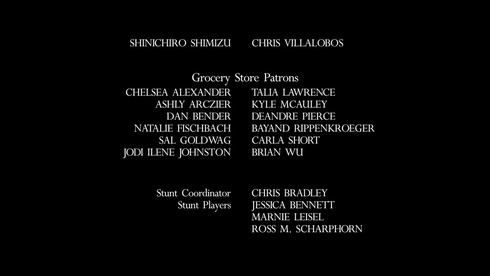 Agreed with 180601-050221-507000, I've fixed this now. I can see that a few of these are still pending, do you mind waiting until the allocated time has passed before chasing and when you do please do it on a new thread? That way it is easier for us to track.

Not literally, that would be terrifying. Before "inquiring politely" sounds much more in line with your request.

Will, sure I can post new topics for original submission that never went live. I'd imagine it is more of a matter of division of labor from a IMDb staff point of view than a tracking matter. I don't know. I do feel that the stuff seems easier for me to track if it is all dumped in one place, plus when/if I do it in a chain like now, it will not make reading the "Data Issues & Policy Discussions" feed miserable for the other contributors on GS. On another note, I've been operating under the assumption that it is a fine idea to provide context, proof or whatever with a re-submission of a ignored (declined) submission, instead of simply referencing the ignored (declined) submission with the corroborating materials and without re-submitting. I think, in the future, I shall address matters in the way that I did for 180601-050221-507000, if a whole section of the re-submission would be identical to the corresponding section of the original submission.

Do I have to come to GS every time I correct a cast list?!